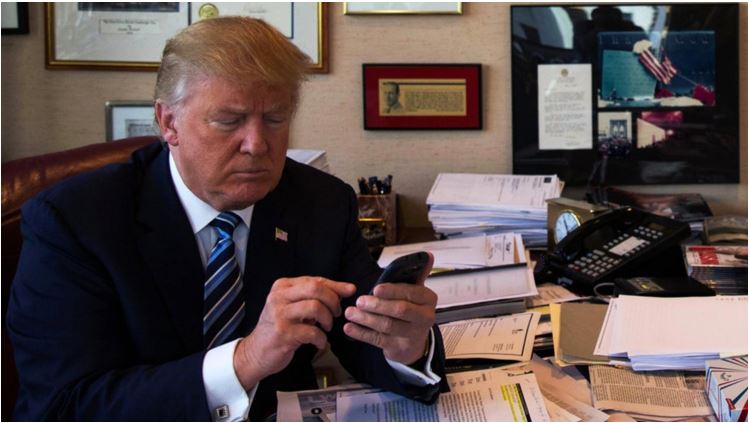 WTI failed to settle above $60/barrel yesterday and President Trump’s tweet warning OPEC on high oil prices may be taking the wind out of the bull’s sails.

May WTI failed again to settle above $60/barrel yesterday as the U.S. Department of Energy reported that crude oil inventories rose by 2.8 million barrels compared to expectations of a draw of 1.2 million barrels. On the products side, gasoline inventories fell by 2.9 million barrels and distillate drew 2.1 million barrels. The market ended lower yesterday as it appears the bulls have just run out of steam. We got another reason to be lower this morning because of the power of President Trump’s Twitter account. The President tweeted “Very important that OPEC increase the flow of Oil. World Markets are fragile, price of Oil getting too high. Thank you!”

Immediately after the tweet May WTI fell by $1.21 to $58.20/barrel. We have since bounced off the lows to $58.89, but this price is still 28% higher since where we started at the beginning of 2019. A lot of bullish sentiment has recently been baked in already. OPEC and non-OPEC allies, namely Russia, are committed to being compliant with their production cuts, Venezuela’s oil production has been tumbling, and in May the U.S. is expected to reduce the number of sanction waivers on countries that purchase oil from Iran.

Therefore, a lot of bullish oil news is already in the market and we failed to settle above a key psychological level in crude of $60/barrel, which means sentiment could mirror that of the equity market, similar to what happened last October. Perhaps more of us should just follow President Trump’s Twitter account?