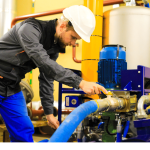 Fuel management is a vital part of keeping your fleet on the road when you and your customers need it most. However, many companies struggle to create a fuel management plan that’s cost-effective and efficient. Guttman Energy is proud to have worked with countless operations to help them make the most of their fuel deliveries, […]

END_OF_DOCUMENT_TOKEN_TO_BE_REPLACED 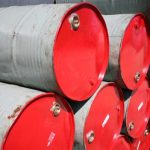 The latest data from the Energy Information Administration (EIA) from January 14th showed a small crude inventory build of 500,000 barrels.  This has been coupled with a large increase of gasoline which added 5.9 million barrels.  Even with this inventory build, United States commercial petroleum stocks have declined most of the past eighteen months.  The […]

END_OF_DOCUMENT_TOKEN_TO_BE_REPLACED 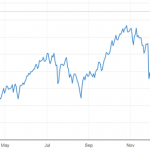 With growing oil demand still outweighing supply, the price of crude has officially reached eight-year highs. Last week, WTI broke the $85/barrel threshold, while Brent traded at $87/barrel. As major investment banks warn that crude may climb to $100/barrel, questions have been raised about how U.S. oil producers might be hedging the forward curve and […]

END_OF_DOCUMENT_TOKEN_TO_BE_REPLACED 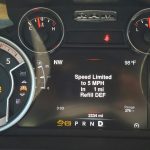 Diesel Exhaust Fluid (DEF) is a little-known resource that plays a major role in our everyday lives. DEF is a farm-based product, urea, that was mandated for diesel vehicles in the US in 2010. It’s a product that helps reduce NOx and particulate matter. [1]So how does a DEF shortage play into bigger supply chain […]

END_OF_DOCUMENT_TOKEN_TO_BE_REPLACED 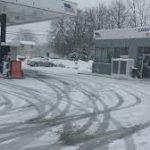 Winter storms and cold weather can wreak havoc on transportation, and it’s important for any C-Store owner to be prepared for the harsh winter months.  Safety and preparation are vitally important to create an accessible environment for your customers, but it’s also important to stock-up on key items that present selling opportunities and enhance revenue.

END_OF_DOCUMENT_TOKEN_TO_BE_REPLACED 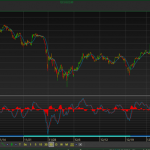 As I mentioned in my Blue Skies Ahead for Crude Oil? – Guttman Energy blog post on December 22nd, WTI was trading around $71.80//barrel, above its $71.38/barrel moving average. If it settled above that level for a few days, we thought that the temporary lows were put in and we were on the way higher […]

END_OF_DOCUMENT_TOKEN_TO_BE_REPLACED 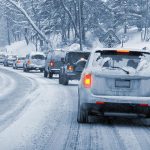 Today could mark the first snow fall of the 2022 winter season in parts of Western Pennsylvania and Maryland. Is your fleet ready? Recently, a crash occurred in Virginia on 1-95 when a tractor trailer jackknifed causing many other vehicles to lose control. Lanes in both directions of the interstate were blocked for at least […]

END_OF_DOCUMENT_TOKEN_TO_BE_REPLACED 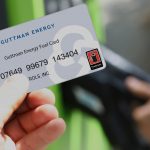 To keep your fleet moving safely and quickly to get your products where they need to go, one of the most important things to consider is how you’re going to get fuel. Fuel costs can fluctuate greatly and can often be a source of stress, but when your company takes advantage of a fleet card […]

END_OF_DOCUMENT_TOKEN_TO_BE_REPLACED 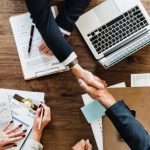 Even in an industry where mergers and acquisitions are commonplace, 2021 was a particularly busy year for large carriers looking to purchase a few of their smaller industry brethren. In April, Canadian carrier TFI International completed its acquisition of UPS Freight before purchasing Missouri-based D&D Sexton in November. On that same day in November, Werner […]

END_OF_DOCUMENT_TOKEN_TO_BE_REPLACED 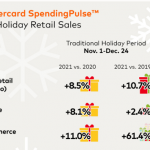 With known supply chain issues plaguing holiday shoppers, many shopped early to acquire the hot holiday gifts.  Mastercard SpendingPulse called 2021 a “resurgent season for retailers” for the holiday season that runs from November 1 to December 24.  Retail sales, excluding automotive, increased 8.5% in comparison with 2020.  Online sales grew 11% from the same […]