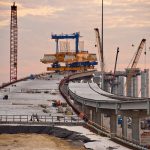 There is a consensus that the United States’ infrastructure, particularly roads, bridges and transit systems, need significant updates and investments, but who is going to pay for these improvements is becoming an increasingly debated issue.  On June 10th, a group of Republican and Democratic Senators said that they are officially opened to consider changing the […]

END_OF_DOCUMENT_TOKEN_TO_BE_REPLACED 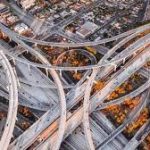 President Biden is expected to propose a $6 trillion budget that would have the highest consistent levels of federal spending since World War II.  President Biden’s proposal looks to provide sweeping economic overhauls including large investments in education, transportation and combatting climate change.  The proposal is also expected to call for total spending to rise […]

END_OF_DOCUMENT_TOKEN_TO_BE_REPLACED 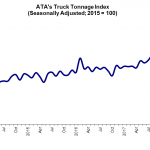 The US economy is growing and so is the population, both of which are leading freight companies of all types to see increased growth in the number and weight of goods shipped around the country. Truck load (TL) freight volumes increased 2.8% in 2017 over 2016 which is far higher in comparison to 2016 versus 2015. […]