Climate change is not only a hot topic in the U.S., but also a growing concern of major corporations all over the world. Many large corporations are beginning to sink massive amounts of capital into programs and companies to eliminate fossil fuels and ride a wave of clean energy and renewables into the future. Even the largest natural gas producing company in the U.S., EQT, has bought into the clean energy philosophy. Other corporate giants such as Amazon, GE, NextEra, Uber, IBM and lastly, to no surprise, the government. 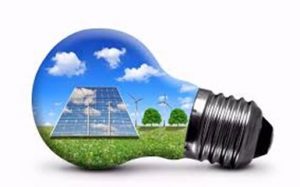 Many large corporations have begun the transition into using renewables and Wall Street has also taken notice. Money has been flooding the market in what is being called a paradigm shift in the energy market. In 2020 clean and renewable energy investment topped half a TRILLION USD and is expected to surpass 2.6 trillion this decade. The US government, being no stranger to spending, is set to pour $40 billion into

an energy transition.[1] The Biden administrations energy plans, led by John Kerry, are to accelerate hydrogen and carbon capture technology and provide all the nation’s power from renewables by 20

Clean energy is an initiative that does not only mean Wind, Water, and Solar. Natural Gas and other fossil fuels are part of the clean energy family provided it is responsibly sourced and offers net zero carbon emissions. Electric vehicles also play a crucial role in a clean energy future. Amazon recently inked a deal with Clean Energy Fuels Corp (CLNE) to provide negative carbon renewable natural gas (RNG). The deal spans 15 different states and will be available at 46 total refueling stations.[2] In addition to its RNG deal, Amazon became the world’s largest buyer of renewable energy. With 206 renewable projects ongoing, Jeff Bezos expects Amazon will be 100% powered by renewable energy by 2025.[3]

As mentioned earlier, natural gas and other fossil fuels are also part of the solution to renewable clean energy. EQT, the largest producer of natural gas, committed to certifying its natural gas as responsibly sourced (RSG). EQT entered an agreement with Project Canary, Equitable Origin, and MiQ to monitor its carbon and greenhouse gas emissions in real-time and provide certifications that its natural gas is produced with “high environmental and social standards.” They have also developed and rolled out new Environment Social Governance (ESG) programs to further solidify their commitment to responsibly RSG’s.[4]

NextEra Energy Partners will also strengthen their commitment to clean energy by purchasing assets from Brookfield Renewable. The purchase comes not long after they briefly took over Exxon Mobil Corp last year. NextEra is a utility company with interests in power generation for the electricity grid utilizing renewable and clean energy. They utilize both wind and solar, but also have natural gas infrastructure assets. [5] The deal will add an additional 391-megawatt production to their already impressive portfolio of renewable power generation. 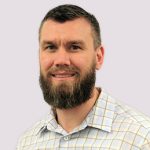