Earlier this week, the U.S. and Germany announced they would come to an agreement resolving the long dispute over Russia’s $11 billion Nord Stream 2 pipeline project. The project is an offshore natural gas pipeline that runs under the Baltic Sea from Russia to Germany. The project began in 2018, with plans for completion sometime this year. The U.S., Poland, and Ukraine fear that it could give Russia too much leverage in Europe.

The pipeline spans 764 miles and will double the current capacity of the original Nord Stream pipeline which was completed back in 2011. The pipeline is planned to supply gas to Germany where they are heavily dependent on gas and oil imports. 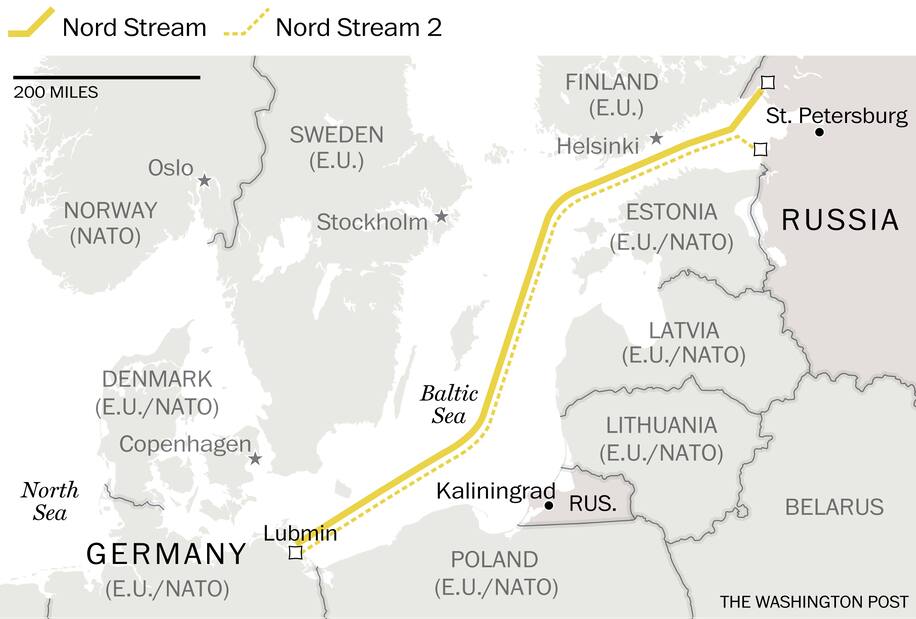 The Nord Stream 2 is owned by a Russian company, Gazprom, which is almost entirely a government owned company. The U.S. fears that the pipeline could give too much power over Russia and European gas supplies. With Ukraine and Poland opposing the pipeline, Ukraine has been profiting from Russia for years paying transit fees.

The Biden administration has imposed sanctions on the nearly completed pipeline as a commitment to rebuild relations with European allies.

The U.S. officials who oppose the pipeline say it would allow Russia to export gas directly to Germany, cutting out other nations. U.S. sanctions have been negotiated with Germany to impose costs on Russia to prevent it from using the pipeline to harm Ukraine or other countries in the region.

Sources have reported that Germany plans to contribute to a new $1 billion fund that would be geared towards improving Ukraine’s energy independence which includes investments in green hydrogen.