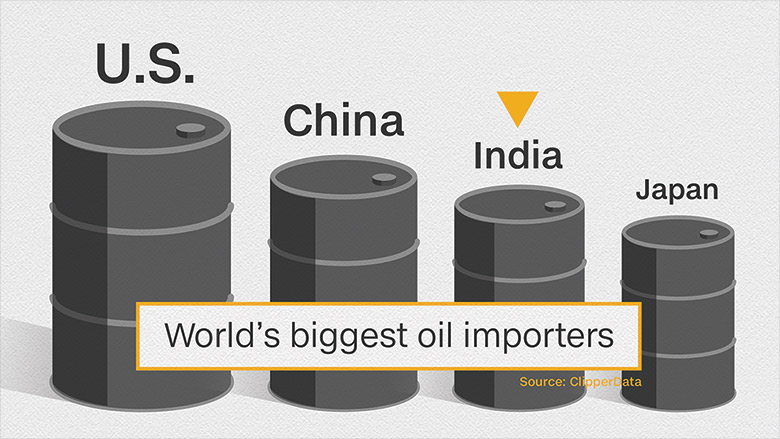 China and India have had considered on creating a “club” which will negotiate better prices with oil exporting countries and will be looking to import more U.S. crude oil in order to reduce OPEC’s sway. Two of the world’s largest oil importers, second and third respectfully, have exchanged senior level visits several times to discuss the premiums placed on oil sold to Asian nations. India, which imports more than 80% of its oil requirements, has seen oil prices increase to more than $75 a barrel.

Reports of the strengthened Chinese-Indian cooperation in potentially forming an oil buyers’ club come just as the U.S. sanction waivers for all Iranian oil customers expire on May 2.

Analysts have put Iran’s oil exports in March at around 1.9 million barrels a day, while the Central Bank had forecast revenue from oil sales in 2019 at around $10.57 billion. The threat to sanction all countries that buy Iranian oil will crush their main source of revenue. Oil Minister Bijan Namdar Zanganeh states, “America and its allies have made a big mistake by politicising oil and using it as a weapon,” adding “Given the market’s circumstances, (it) will backfire on many.” With the risk of the U.S sanction on all oil sales, Iranians continue to scream “economic terriorism.” The duo of China and India may change the global energy architecture. With the proposal of other alliances, including Japan and South Korea (world’s fourth and fifth largest oil importers, respectively), discussions will continue and question of bargaining power will arise.