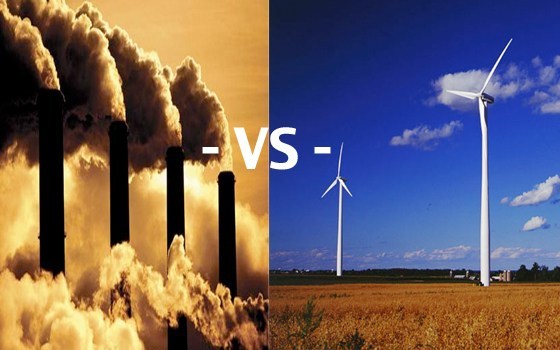 Alternative energy is certainly an interesting concept in many aspects. Often referred to as “Clean Energy,” alternatives can also include solar, wind and water based production. As our current world tries to push for a change on how power is sourced, there has been an effort and an investment to change from fossil fuels, such as coal, oil and natural gasses towards alternatives to create sustainable and inexpensive options for energy production.

Fossil fuels are non-renewable resources, they are the result of millions of years of animal and plant based life transforming slowly into a combustible byproduct that can be turned into fuel.  Fossil fuels account for about 93% of the world’s energy currently.   Whereas clean energy alternatives make up the remaining 7%.

One of the perceived draw backs of  fossil fuel is the carbon dioxide created as a byproduct of the combustion process. Carbon dioxide is the largest contributing factor in greenhouse gasses.  According to climatologists, greenhouse gasses are commonly associated with climate change. Although there is debate about climate change, we have seen a rise in sea levels during the 20th century which is in turn has had an impact on travel, agriculture and settlement.

There has been heated debate from those who believe human flourishing is directly related to the growth in fossil fuel consumption and those who believe that we need to abandon fossil fuels entirely and move to renewables. With hardliners on both sides of the isle, money has been pouring in to increase infrastructure and develop new technologies to increase energy efficiency. As the United States heads towards a new election cycle it will be interesting to see which side is heard the loudest. As the government tries to wade the murky waters of its constituents and donors, policy makers will echo the voices the speak the loudest.