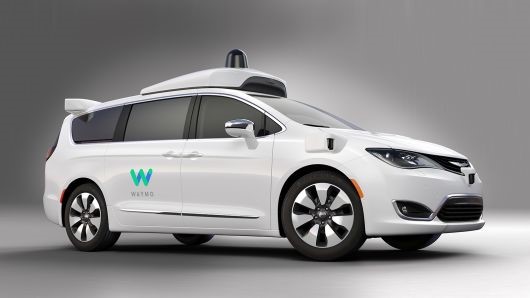 When we last looked at autonomous vehicles back in April, we discussed an overview of the pros and cons and potential impacts on the automotive and petroleum industries (Click Here).  Let’s fast forward a few months and check in on the buzz around the world.

Alphabet Inc.’s “Waymo” – Experimenting with self-driving cars since 2009, Waymo is believed to be at the forefront of development for this sect of the industry with 5 million miles driven on public roads.  In the Phoenix area, Waymo is starting to offer an option for Walmart shoppers to place orders online and a self-driving vehicle will transport them to and from the store to pick up their orders.  Avis Budget Group will also keep Waymo vehicles on hand as a last resort for customers to use in order to pick up or drop off rental cars.

GM – In late May, GM announced its Cruise Automation unit, focusing on autonomous vehicles and looking to start services similar to Waymo by 2019.

Ford – Earlier this week, Ford announced plans for a $4 billion unit – Ford Autonomous Vehicles LLC.  This includes $1 billion designated for Pittsburgh based startup, Argo AI, which was procured in April 2017.  The new unit will be based in Detroit and will house areas for research, engineering and system integration, and strategy and development.  Ford hopes to have these vehicles into commercial service by 2021.

Daimler – Joining with China-based Baidu in April 2017 to form “Apollo,” Daimler is focusing on using both companies’ strengths to harmonically marry automated driving with vehicle connectivity services.  “Automated driving and connectivity are progressing at an unprecedented rate in China, and our continued success depends not only on staying ahead of these trends but on leading them,” Daimler Chief Executive Dieter Zetsche said in a statement.  They are currently testing autonomous vehicles in Beijing.

AMS (Austria Mikro Systeme) – Not to be overlooked in the tennis match of auto players is the Austrian chip maker, AMS.  Followers will want to keep AMS on their radar as they are already making sensors to help map roads and control gear shifters and chassis in autonomous vehicles.  Known most predominantly for providing sensors for Apple’s iPhone X, AMS is currently working with one “global pioneer” in the autonomous vehicle sector, with interest from other players.

While most readers have a basic familiarity with autonomous vehicles, the practical application of them in our daily lives still seems far off; and though there are many active participants both established and startup, time will eventually narrow the field down to a handful of key players.  The next 5 years should pave the way for a lot of experimentation and eventually a broader use of self-driving vehicles.