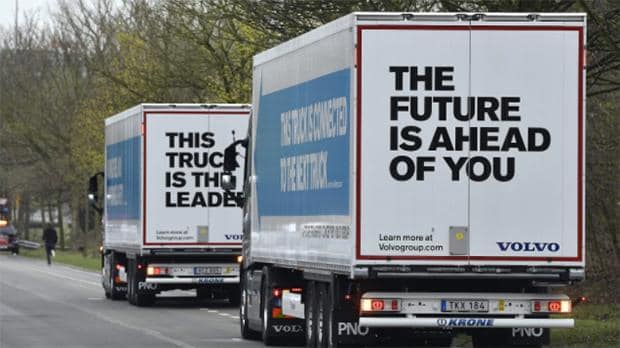 Most of you have probably seen or heard of driverless vehicles by now. For those of you that have, it’s no secret that companies such as Uber and Tesla are on the public forefront for this “technology of the future.” What you may not know is that there are multiple companies who are quietly developing their own brand of autonomous vehicles. For example, Google’s “Waymo” and companies such as Peterbilt and Volvo Trucks have been developing their own driverless technologies.

“Driverless trucks could be a regular presence on many roads within the next 10 years,” according to José Viegas, former secretary-general of the International Transport Forum (ITF-is a think-tank run by the OECD, whose members include 35 countries across the globe).

The question is, “could autonomous vehicles be positive or negative for the automobile and petroleum industries?

A report from analysts at HSBC says that driverless vehicles would eventually mean that the driver can be eliminated, which could reduce the operating costs and also increase fuel savings.” However, it’s hard to say exactly how much money consumers/ fleets will save or how many efficiencies will be actualized, until a higher percentage of these vehicles become driverless. There simply is not enough data available at the moment.

Many autonomous vehicles are already being built to employ the practice of “platooning.” Platooning is the act of driving in close proximity behind another vehicle in order to reduce the drag from wind resistance. According to the EIA (Energy Information Administration) companies such as Peterbilt Motors and Volvo Trucks are already developing trucks that can do exactly that.

Companies are also employing “eco-driving” into their autonomous vehicles. Eco-driving is the practice of driving in such a way as to minimize fuel consumption and the emission of carbon dioxide. The functionality of eco-driving vehicles could include reduced breaking, adaptive cruise control, coordination with traffic signals and route optimization.

For those of us that are in the petroleum industry, what does all of this mean? Is there a chance that demand for oil could go down significantly with the introduction of autonomous truck fleets and cars? According to The Houston Chronicle, this is absolutely what will happen.

Manufacturers such as Tesla and Mercedes are already offering semi-autonomous vehicles, which increase driving efficiencies. “Even this limited autonomy could enable significant reductions in fuel consumption,” Says Jeremy Carlson of the IHS research firm. He claims that it’s too soon to determine how much oil demand could be affected. However, he insists that anytime automation comes into the picture, with it brings more efficiencies.

Do some oil companies view driverless cars and truck fleets as potential threats to their businesses? As of right now, it does not seem like many oil companies are shaking in their boots. “It’s not something we’ve had a deep dive on,” according to a spokesman for Exxon Mobil.

Oil producers are already concerned about losing demand due to automobiles becoming more efficient year after year, since this results in a lesser demand for refined products. The unknowns are, if and when autonomous vehicles will become commonplace in our everyday lives and if it will impact how much fuel we consume.