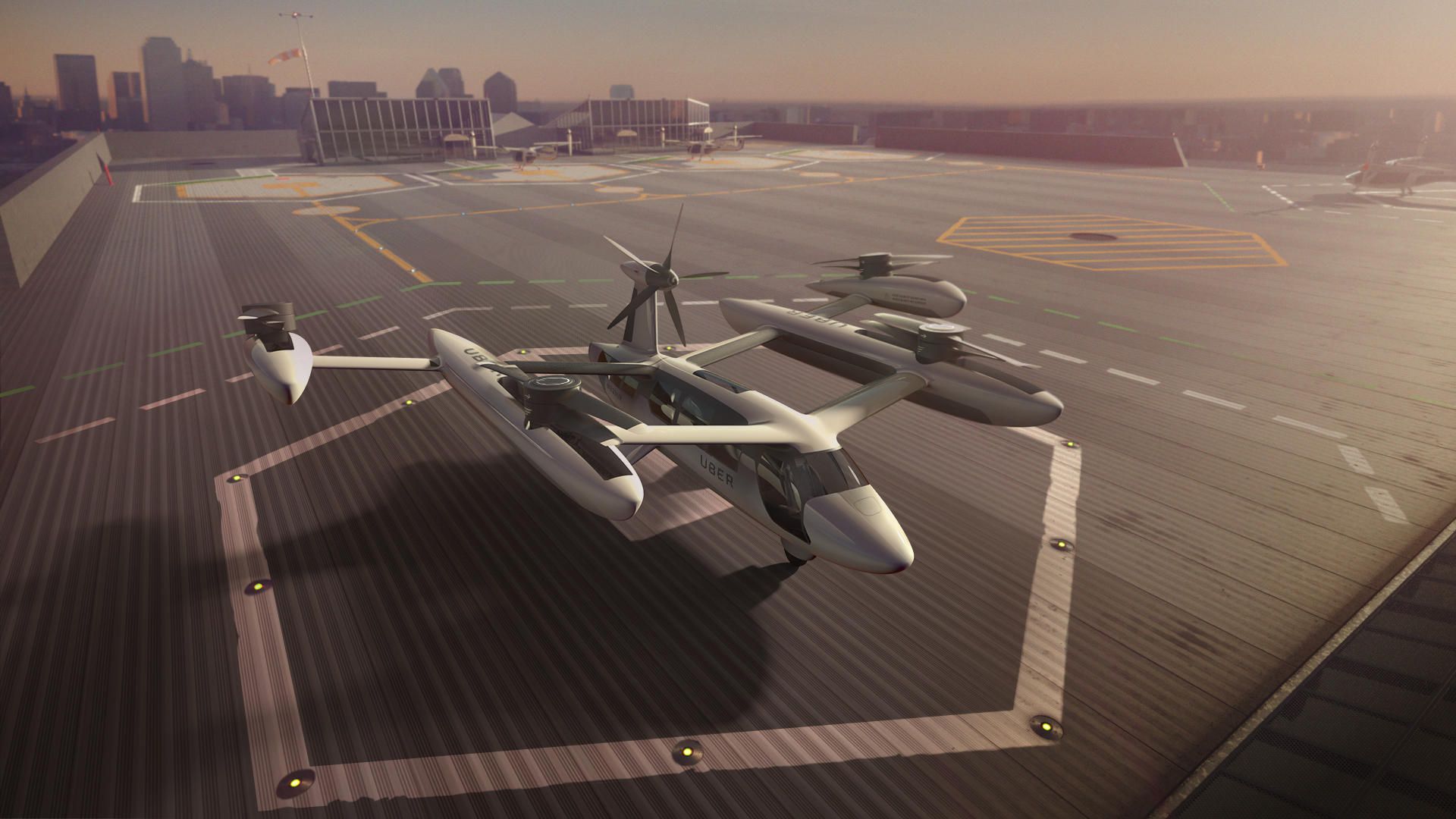 Uber is planning to take their ride-sharing app to the sky with the help of NASA. “‘We think cities are going to go vertical in terms of transportation and we want to make that a reality,’ Uber CEO Dara Khosrowshahi told CBS News.”[1] Uber is preparing to launch UberAir services in three cities: Los Angeles, Dallas, and a third undecided city outside of the U.S. Uber’s focus will be around the software and managing of trips. The actual flying vehicles will be designed by outside companies.

Uber plans to begin testing its flight service in 2020 but making the service accessible to consumers by 2023. Uber’s engineering director, Mark Moore, disagrees with the phrase “flying cars” but prefers to refer to them as “electric vertical take-off and landing aircraft” or eVOLTs. “Flying cars — or air taxis, or eVTOLs — have long been an engineering dream. Since before the Wright brothers took to the air, mankind has dreamed of daily, convenient, routine, flight.”[2] These vehicles would travel at speeds between 150-200 mph and fly at an altitude of 1000-2000 feet.

Flights will initially be manned with a pilot but the plan is to convert to autonomous flights. The network will operate off of a system of “Skyports” that allow the eVOLTs to land and take off. These Skyports will be located in strategic locations on rooftops where riders can meet their eVOLT to begin a trip. In Los Angeles, Uber plans to use 15-20 Skyports so riders can fly over the traffic where they would be otherwise stuck.

An Uber car ride is estimated to cost around $1.84 per mile. Initial UberAir rides have a substantial cost. “Between the high maintenance and energy costs, pilot training and salary and the cost of maintaining large helipads and paying landing fees…a helicopter trip has a best-case operating cost of about $8.93 per passenger per mile, pretty much limiting access to just the rich.”[3] The vehicles alone can cost around $2 million.

The ultimate goal is to make the trips more affordable a traditional Uber consumer by combining mass production of the technology and an Uber Pool concept where multiple riders share one trip. “Eventually, mass-manufactured pilotless vehicles, with cheaper batteries, carrying four passengers at a time will bring costs down to US44¢ per passenger mile — less than the cost of running your own car.”[4]

UberAir will take more than flying vehicles to get off of the ground. They must work with NASA to coordinate with the Federal Aviation Administration (FAA) to ensure that the sky is safe for flights and flight plans. “Further down the line, it's looking at scaling to around 40 ports in the LA area, some with up to 1,000 takeoffs and landings per hour. For comparison, the FAA monitors around 43,000 flights in the US per day. Uber wants about 10 times that many per day in just one city!”[5]