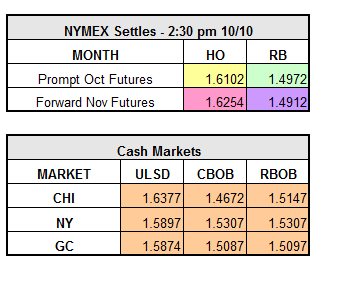 The International Energy Agency (IEA) reported today that global oil supply was up 600,000 barrels a day in September vs. August. The majority of this increase was due to Russia raising their output by 400,000 barrels a day.  According to The Wall Street Journal, it is no surprise to see production levels where they are at currently. Major oil nations who have verbally agreed to cut production seem to be the ones who are raising it in the meantime. Can you blame them? It is ironic how the major oil nations that have recently dramatically increased production, are actually the ones who have verbally agreed to a cut as well.

The nations attending the meeting in Vienna have one main objective right now: find a way to maintain market share until they are forced to cut current production levels. The approach right now seems obvious: Continue raising production until the meeting, so that each country has more negotiating power.

The IEA indicated it is not clear how quickly global oil supply will fall in line with demand, even if Russia and OPEC agree on a large enough production cut.

In a perfect world, a production freeze is an agreement that can be taken to help raise energy prices during times of oversupply. The ideology behind a production freeze is great, but only if everyone is on the same page. If certain nations do come to an agreement, this will most likely help raise the price floor, but keep in mind what usually happens when the floor rises: everyone wants a piece of the pie.

If some nations start to take advantage of a recovering market and the margins that it offers, this could push participants of the freeze to ramp up production in order to to protect their market share. There are also those who feel that it is inevitable for U.S. producers to take advantage of improved market conditions, if prices continue to go past $50-$60 per barrel.

In other related news: