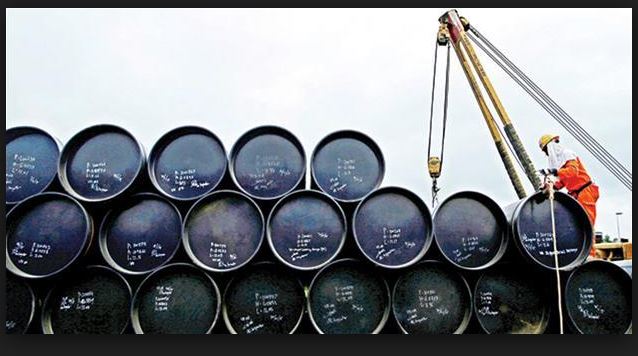 The oil market finished mixed yesterday on the heels of the latest Energy Information Administration’s (EIA) inventory report.  As a headline from Reuters stated, “U.S. oil inventories up unexpectedly.”  Details of the report were as follows:

This morning the market is up across all three indices as continued geopolitical news headlines are the driving force.  The top headline is the likelihood that the U.S. will re-impose sanctions against Iran.  As French president Emmanuel Macron commented at the conclusion of his meeting with President Trump in Washington D.C. this week. “My view…I don’t know what your President will decide…is that he will get rid of this deal on his own, for domestic reasons.”  Further supporting this strong possibility, was President Trump’s own comments saying, “It’s insane, it’s ridiculous, it should have never been made.”  He concluded that “it was a terrible deal.”  President Trump must decide by May 12th.  Of course any resumption of these sanctions would lead to a decline of Iran’s oil exports reducing worldwide supply.

The other big geopolitical story that has been mentioned in a previous blog this week is Venezuela and their declining output due to political and economic turmoil.  This week Chevron Corp. has evacuated executives after two of their workers were arrested over a contract dispute with the state owned oil company PDVSA.  Despite Venezuela’s output volume falling from 2.5 million bpd in 2016 to the current output level of 1.5 million bpd, Venezuela remains OPEC’s biggest producer in Latin America and any additional reduction will impact the market.