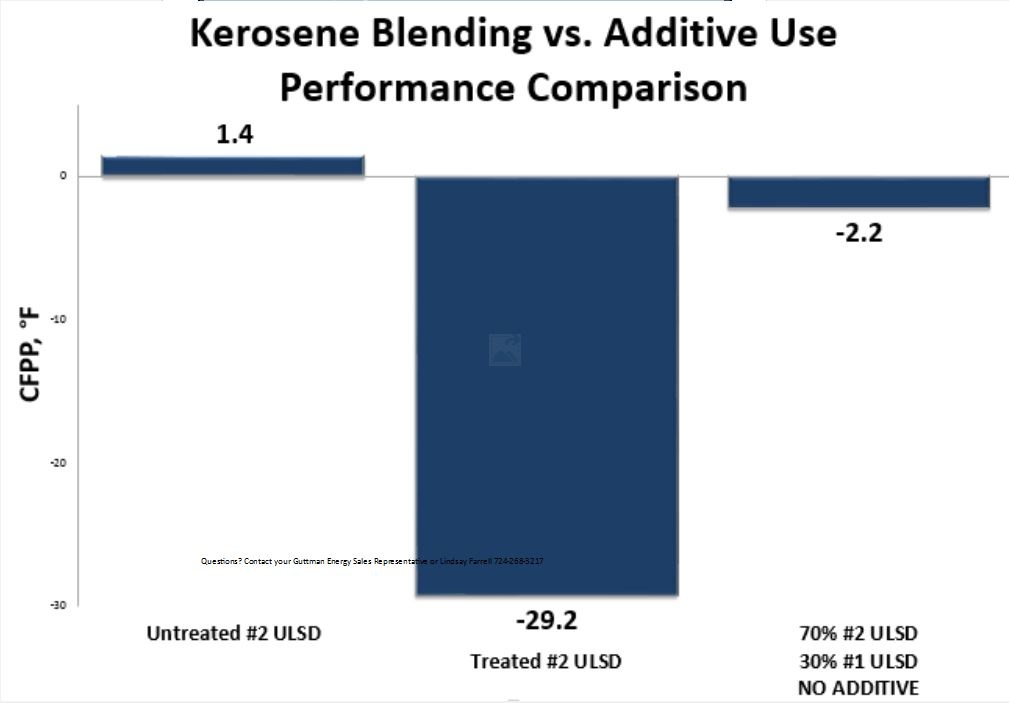 Business doesn’t stop simply because the temperatures decrease during winter months.  At Guttman, we want to make sure you can operate your business as usual, year round.

Untreated diesel fuels contain wax that causes them to gel in cold temperatures. Although this is the same wax that helps with lubrication and viscosity, it can cause issues as temperatures decrease.  When winter weather hits, the wax in the fuel thickens and creates crystals that eventually become so dense that they give the fuel a cloudy appearance (also known as the cloud point).  As the temperature continues to drop, the fuel “gels” and reaches the cold filter plug point (CFPP) and will begin to clog filters, starving the engine of fuel.

To help prevent diesel gelling, winter additive can be blended into the fuel to lower the CFPP.  The additive doesn’t stop the wax crystals from forming, rather it lowers the temperature in which they begin to group together, allowing them to continue to pass through filters.

Also, fuel supplied in winter months has a lower Cloud Point and CFPP than that supplied in the summer.  If you don’t turn your tanks often, think about using winter additive sooner!

But what about Kerosene?

Prior to the widespread development of winter additive, blending kerosene into fuel was the most prevalent way to achieve better performance in winter months.  Although this is still a common practice in some areas of the U.S., it is often not the most economic or effective methodology.  Some drawbacks to cutting fuel with kerosene include: