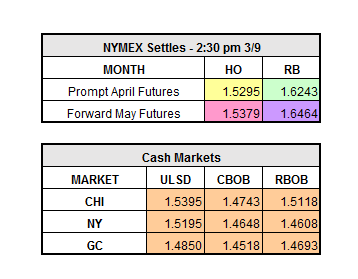 Oil has indeed settled below $50 for the first time in 2017. When crude settled at $50.23 on Wednesday, there may have been some who were thinking “is this the new bottom for the oil?”  Everyone wants to know whether the market has found a new bottom and if so, how long it will last.

Wednesday and Thursday saw the biggest two-day selloff since June. Now the question is, does the market have enough momentum to keep running towards the bear cave? When data came out showing a massive build in crude oil, traders headed to the market to sell. Accelearating the selloff was the fact that hedge funds were at an alltime high for net long positions.

Right now, the high production levels are getting so much notice, that you may wonder how successful OPEC & others will be regarding sticking to their production cuts. Whether OPEC, Russia and others will stand by their commitments to cut, has yet to be determined.

What’s Bearish today: The United States is pumping at extremely high levels and interest rates are expected to be raised next week. Today’s job report showed a gain of 235,000 workers to national payrolls, which is expected to give Janet Yellen the extra push to go ahead and raise interest rates.

What’s Bullish today: The Dow’s implied open was over 100 points this morning, which could be seen as bullish news for oil prices today.

Despite the Dow being up this morning, the NYMEX is down again, but only by approximately 1 cent on both Heating Oil and RBOB.