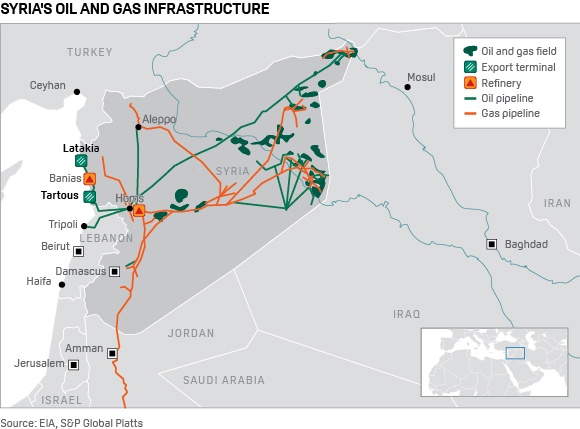 On Saturday, the U.S., France and Britain retaliated against Syria over suspected chemical attacks a week ago. Missiles struck the heart of the country as a scare tactic against Syria’s President Bashar al-Assad. This was the biggest military intervention in the seven year civil war against Syria and Russia. However, the Western countries said the strikes were limited and targeted at Syria’s chemical weapons facilities keeping the mission disengaged from the civil war.

Chief marketing analyst of Think Markets, said, “The focus will be on the counter-reaction of Russia.” If the missiles were directed at Russia and Iran, oil prices would really keep moving higher. There would be very little impact on prices from the attack on Syria, they haven’t exported since the start of the civil war in 2011. Iran has been delivering 50,000 barrels of oil a day to Syria’s Banias terminal, President Trump has until May 12th to extend a waiver on sanctions that are suspended by the nuclear deal with Iran.

Many oil traders had already locked in positions ahead of the weekend in case the Western countries did move forward with missile strikes sending both West Texas Intermediate and Brent crude to their highest since 2014.

“The news flow is actually better than what it looked like at one point during last week as the strike was surgical, followed by a pullback. Reports show a lot of care was taken not to hit Russian targets, which is a good sign and the market should take heart from that,” said Salman Ahmed, chief investment strategist at Lombard Odier.

As investors await potentially healthy U.S. company earnings, last week ended with the best weekly gain in over a month.