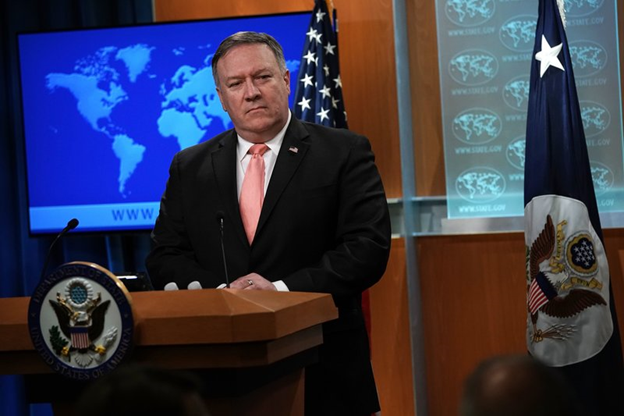 Global oil prices shot up quickly this week following reports that the Trump administration has decided to let Iranian oil sanctions exemptions expire at the end of the month.  By ending sanctions exemptions, the administration has accelerated its goal of forcing Iran’s oil exports to zero.  At a Monday press conference, Secretary of State Mike Pompeo clearly laid out the purpose of ending the waivers by stating “We are going to zero.  How long we remain there, at zero, depends solely on the Islamic Republic of Iran’s senior leaders.  We’ve made our demands very clear to the ayatollah and his cronies.”

The United States had previously granted sanctions waivers to eight countries- China, India, South Korea, Japan, Taiwan, Italy, Greece and Turkey.  According to Nick Cunningham from www.oilprice.com “Three of the eight countries- Italy, Greece and Taiwan- have already zeroed out their purchases of Iranian oil.  Turkey, South Korea and Japan will have to find alternatives, potentially at higher costs, but finding replacements is achievable.”  China and India have historically been the largest importers of Iranian oil, and how they react could affect other bilateral discussions and negotiations with the United States.  Josh Rogin from the Washington Post states that “Public estimates put the approximate amount of Iranian oil exports in March at about 1 million barrels per day, down from 2.5 million barrels per day in April 2018, the month before Trump announced that the United States was withdrawing from the Iran Nuclear deal.”

The goal of taking a hard line on Iranian exports is succeeding in limiting the amount of cash available to Iran, but it’s unclear if the sanctions will succeed in bringing Iran to the table to negotiate a more favorable deal for the United States, which is seemingly the ultimate goal.  While we wait to see how Iran reacts to a strangled market, Saudi Arabia and the United Arab Emirates are expected to increase production to offset the drop in Iranian supplies.  The OPEC+ alliance has been trying to keep excess barrels out of the market during Q1 of 2019 due to the oil price collapse in Q4 of 2018, but these countries will now have an opportunity to increase global supply without significantly damaging profitability.

As Iranian sanction waivers officially come to an end, we’ll have to wait and see how the global oil markets react.  Will Saudi Arabia and the United Arab Emirates increase production enough to maintain a stable global price, or will losing spare capacity catch up with the rest of the world and drive prices up in a volatile manner?  We’ll find out soon enough.