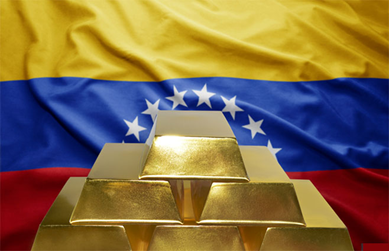 Venezuela has been suffering from a fuel shortage due to sanctions imposed by the U.S government. Iran and Venezuela are targets of United States sanctions and therefore Iran has stated its willingness to aid Venezuela as a fellow target of U.S sanctions. In August, the United States seized the cargo of four ships carrying fuel from Iran to Venezuela. Throughout this year, five Iranian vessels were set to aid in Venezuela’s shortage and earlier this year, only one of the five made it to Venezuela with the much-needed cargo. The other four never made it and the cargo of these vessels was seized by the U.S Administration, the cargo totaled 1.116 million barrels of petroleum.

A commander at Iran’s Islamic Revolutionary Guard Corps (IRGC), stated that they have received payment from Venezuela in the form of gold for the fuel Iran sent. Iran has been increasing their cooperation with Venezuela beyond the trade of goods including helping Venezuela with their cyber security efforts. In April of this year, Venezuela supposedly paid 9 tons of gold (roughly $500 million) in exchange for Iran’s help repairing Venezuela’s failing refineries. The sanctions imposed by the U.S are clearly taking their toll on Venezuela, but with Iran having the world’s largest oil reserves Venezuela will continue to rely on them to help with this fuel shortage.