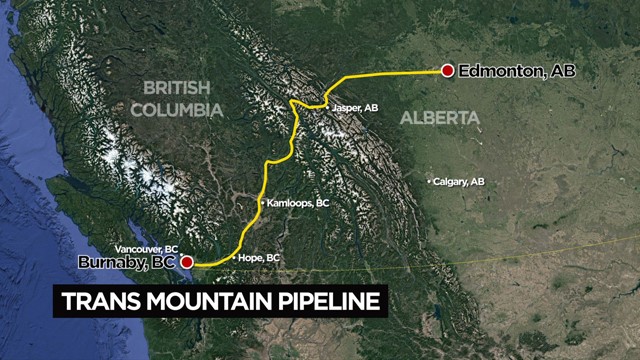 On Tuesday, December 3rd, Trans Mountain pipeline expansion project began at Acheson, Alberta. The controversial expansion started two weeks before a federal court of appeal is set to hold hearings on challenges to the project. The expansion would more than double the oil flow from oil-rich Alberta to British Columbia, and potentially from there to export markets in Asia. But British Columbia’s government has been a vocal opponent of the pipeline in bitter disputes with neighboring Alberta. One of those issues being, overall emissions in Alberta rose by 23% between 2005 to 2017 while the emissions per barrel of oil fell by 28% between 2000 and 2017. While there is more oil production than 20 years ago, Alberta’s economy has reliance on the oil industry.

According to Moody’s agency, “Alberta’s oil and gas sector is carbon intensive and Alberta’s greenhouse gas emissions are the highest among provinces. Alberta is also susceptible to natural disasters including wildfires and floods which could lead to significant mitigation costs by the province.” Accounting for the biggest portion of Canada’s exports, at 22%, the oil industry continues to provide a boost for the economy. As stated by the Canada Energy Regulator, the forecast of crude oil production in the country will expand by 50% by 2040, to an estimated 7 million barrels per day. The struggle with emissions will not disappear and the opposition will not go away, however the expansion to the pipeline is a large step moving forward.