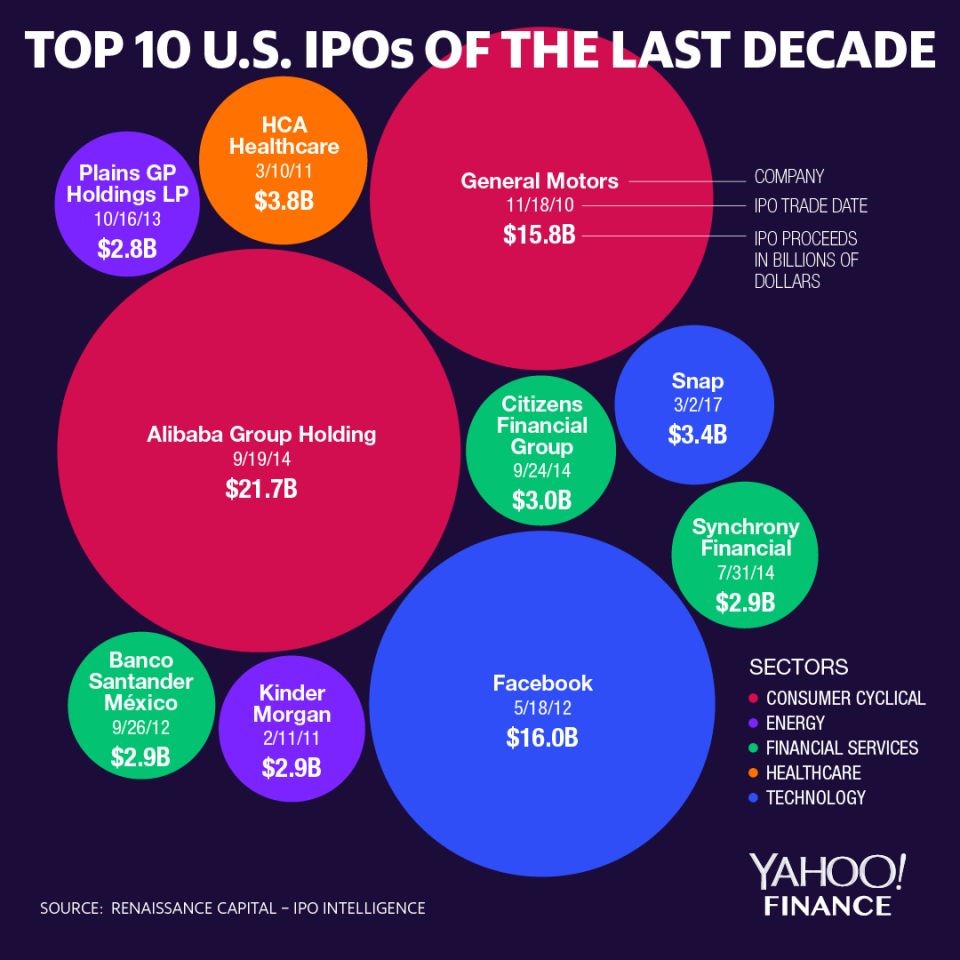 This evening the world’s largest ride hailing giant, Uber will price its initial public offering just ahead of its Friday trading debut.  Analysts predict the valuation of the IPO will be between $80.5 billion to $91.5 billion.  Uber has stated there will be 1,676,959,021 shares outstanding after the IPO which would suggest a price range of $44 to $50 per
share.  The projected valuation would make Uber the 4th highest offering of the decade behind only General Motors, Facebook, and the Chinese e-commerce giant Alibaba Group.

Founded just 10 years ago Uber has expanded to much more than just a ride sharing app.  Camila Domonoske of NPR describes it best saying “Uber is a household name – not just synonymous with ride-hailing but shorthand for any app that offers a service on demand: Uber, but for laundry.  Uber, but for dog walking.”  Along with that, Uber has expanded into new markets with spin offs such as Uber Eats (for takeout), Uber Freight (for shipping), and Jump (electric bikes/scooters).

This rapid expansion has come at a price however as Reuters reports Uber lost $3.03 billion from operations in 2018.  Adding to that a 2019 first quarter net loss of $1 billion on revenues of roughly $3 billion.  Equity analysts confer with these reports that Uber is burning through cash by expanding into these new markets while having to keep rates low to compete with its new rivals.  It begs the question, why are big name companies such as PayPal and Toyota investing hundreds of millions of dollars into a company that’s currently unprofitable?  Analyst Ygal Arounian states “Uber has sheer scale on its side, giving it a balance sheet that will let it wait out competitors.”  In the long run investors’ hopes are Uber’s rivals will be forced to close shop or consolidate.  From there Uber will be able to decrease spending on discounts and coupons which in turn leads to higher prices for users and Uber can start generating more money.

One reality Uber hopes to avoid in the months following their IPO is the one that has struck their main competitor, ride sharing app Lyft.  Lyft debuted their IPO in late March 2019 at a price of $72 per share.  The same stock closed yesterday at a record low of $52.91 per share, this on the heels of a reported $1.1 billion quarterly loss.