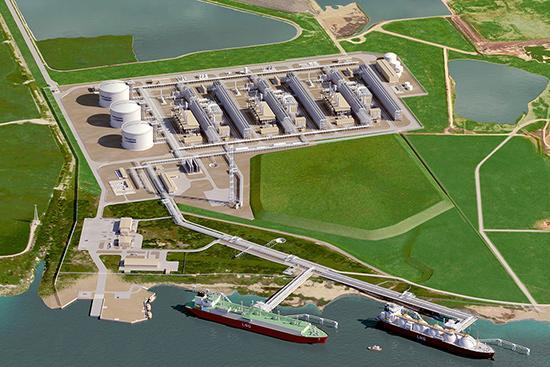 On Thursday, November 21, 2019, there were four more liquefied natural gas (LNG) projects approved by the U.S. Federal Energy Regulatory Commission (FERC). This move will add to the fast-growing American LNG exports over the next few years. Three of the projects will be located along the Brownsville Ship Canal in Brownsville, Texas; Texas LNG Brownsville, Rio Grande LNG Terminal, and Annova LNG Brownsville. The fourth project being near Corpus Christi, Texas, a few hours north of Brownsville. These four projects are in addition to the other seven LNG projects approved this year. All four of these projects are working with the U.S. Department of Energy to be approved to export LNG to countries that the United States do not have free trade agreements with.

The United States will become the global leader in new LNG liquefaction capacity between now and 2023, according to GlobalData. An increase of 157 million tons per year (mtpa) of capacity means the U.S. will be responsible for 73% of the world’s LNG capacity growth through 2023. During the first half of 2019, the U.S. saw their net natural gas exports more than double from the first half of 2018, according to the U.S. Energy Information Administration. The growing number of LNG facilities coming online in the United States play a large part in the recent increase of LNG exports.

While the U.S. has its sights set on increasing the export of LNG, it seems the global demand is decreasing. China especially has seen a plummet in their demand amid the trade talks and Europe is out of room in their storage tanks. Devin McDermott, an equities analyst and commodities strategist for Morgan Stanley said “There’s too much gas in Asia, there’s too much gas in Europe and that means the U.S. may need to be the swing supplier”