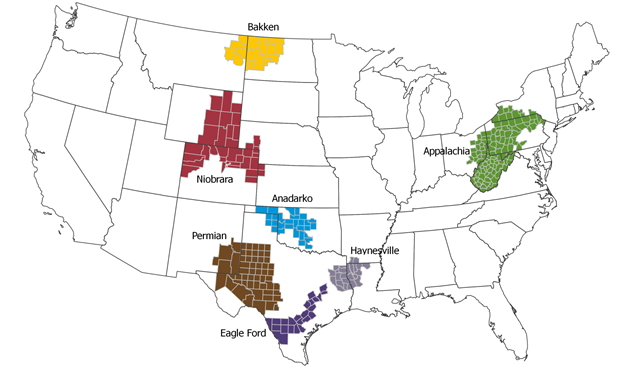 U.S. shale production has sustained a years-long boom of rapid growth, but that appears to be coming to an end sooner rather than later.  Following a mixed bag of earnings reports from shale executives, the common belief is that the growth frenzy is slowing down and coming to an end.  According to World Oil, “The key challenge for producers now is to meet investors’ new focus on return of capital.  This comes at a time when companies are facing a prolonged period of lower prices and when access to financing from capital markets has become difficult.”

Operational problems are also adding fuel to the fire, particularly in the Permian Basin.  “The strained balance sheets a lot of the companies have, the parent-child relationships that companies are having, people drilling a lot of Tier 2 acreage” are some of the major issues according to Scott Sheffield, Chief Executive of Pioneer Natural Resources.  New fundamentals indicate that U.S. production growth in 2020 will be between 400,000 bpd and 440,000 bpd, down from previous estimations of 700,000 bpd growth.  2021 could see essentially no growth, with modest growth a possibility in 2022.  Raoul LeBlanc, Vice President for North American unconventionals, IHS Markit states “Going from nearly 2MMbpd annual growth in 2018, an all-time global record, to essentially no growth in 2021 makes it pretty clear that this is a new era of moderation for shale producers.”  Capital markets appear skeptical to invest new cash into shale operations, effectively capping the amount of available production growth.

U.S. shale production is entering new territory following the realization that production growth is slowing down after years of consistent, record growth.  Production companies are facing the difficult decision of lowering and adjusting annual targets as well as stopping the pursuit of unprofitable growth.  While there is plenty of inventory and high-quality wells available still, investors are forcing shale producers to adapt their business models to be more profit-centric.