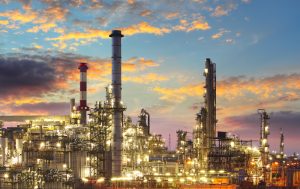 2020 saw demand destruction caused by the pandemic, in particular, Canada saw a decrease of 20 percent in crude oil imports. During 2020, the United States solidified themselves as a top supplier to Canada as they supplied nearly 80 percent of all barrels going into Canada. While Canada is a major producer of crude, they export far more than they import, almost entirely to the United States. However, Canada imports a large amount of crude from abroad to feed their refineries as they lack the infrastructure to access their domestic supplies of crude.

In 2020, Canadian imports dropped to 555,000 barrels per day (bpd) down from 693,000 bpd in 2019. As imports drop, the United State’s share of the imports had increased to 77 percent of all Canadian imports, an increase of 5 percent from 2019. The second largest importer to Canada was Saudi Arabia with 13 percent, followed by Nigeria and Norway with 4 percent and 3 percent respectfully. As the pandemic becomes less of a factor, Canada expects to see demand return to relatively normal levels.