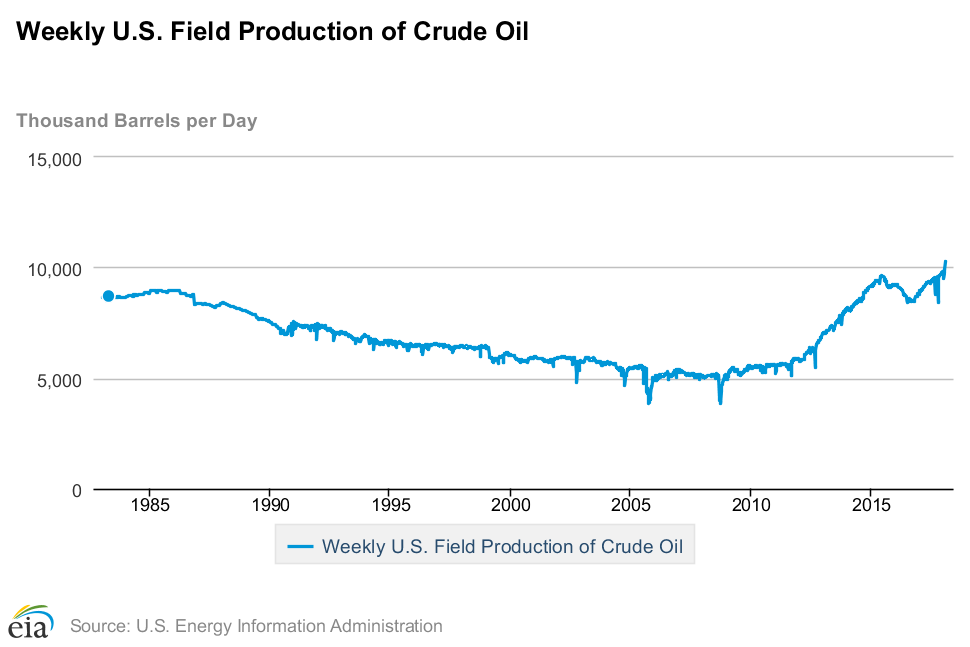 Early in 2018, United States crude oil production was around 9.492 million barrels per day. Since that time, U.S. crude output has remained above the 10 million barrel a day mark and currently stands around 10.7 million over the last month. The rapid increase in U.S. production is due to the thriving shale industry. However, there are some concerns over the Permian Basin, the United States largest shale region, with limited pipeline transportation.

“In 2019, EIA forecasts that the United States will average nearly 12 million barrels of crude oil production per day,” said Linda Capuano, Administrator of the EIA. “If the forecast holds, that would make the U.S. the world’s leading producer of crude.”

What is next for U.S. crude oil production in 2018? Here is what to expect:

-U.S. to become the world largest crude oil producer by end of 2018

-U.S. crude oil production to continue to increase in the second half of 2018

-U.S. crude oil production is expected to reach to 11.8 million barrels per day by the end of 2018

There are many questions to be answered going forward. Will U.S. crude oil continue to increase? Will U.S. take the throne as world’s largest oil producer? Could the bottleneck in the U.S. shale region, the Permian Basin, affect output? With the U.S. continuing to set records on production over the last several months, the outlook for U.S. oil production looks up.