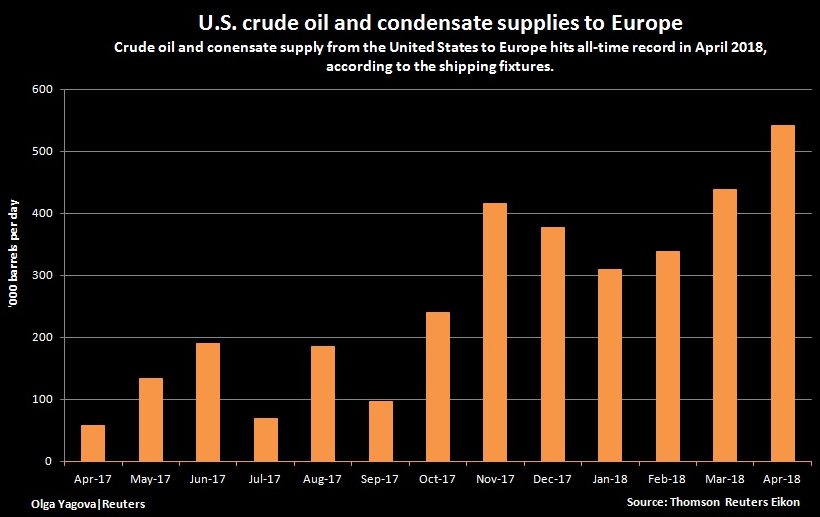 The eyes of the world are once again gazing unto the “twitter-verse” as world leaders turn to the online news and social networking platform to discuss the Iran nuclear deal and OPEC.

Iranian Foreign Minister Mohammad Javad Zarif Tweeted on Monday, “It is either all or nothing. European leaders should encourage Trump not just to stay in the nuclear deal, but more important to begin implementing his part of the bargain in good faith.”

“Looks like OPEC is at it again. With record amounts of Oil all over the place, including the fully loaded ships at sea. Oil prices are artificially Very High! No good and will not be accepted!” Trump wrote on Twitter.

It appears at the moment, the latter tweet has more eyes digesting the U.S. output hitting 10.7 million barrels per day this year and the geopolitical risk of the Iran nuclear deal simmering for another few weeks before a final decision is made.  With U.S. crude and condensate supply to Europe increasing by almost 12% year over year, shale producers may be eyeing 11 million barrels per day of production sooner rather than later.