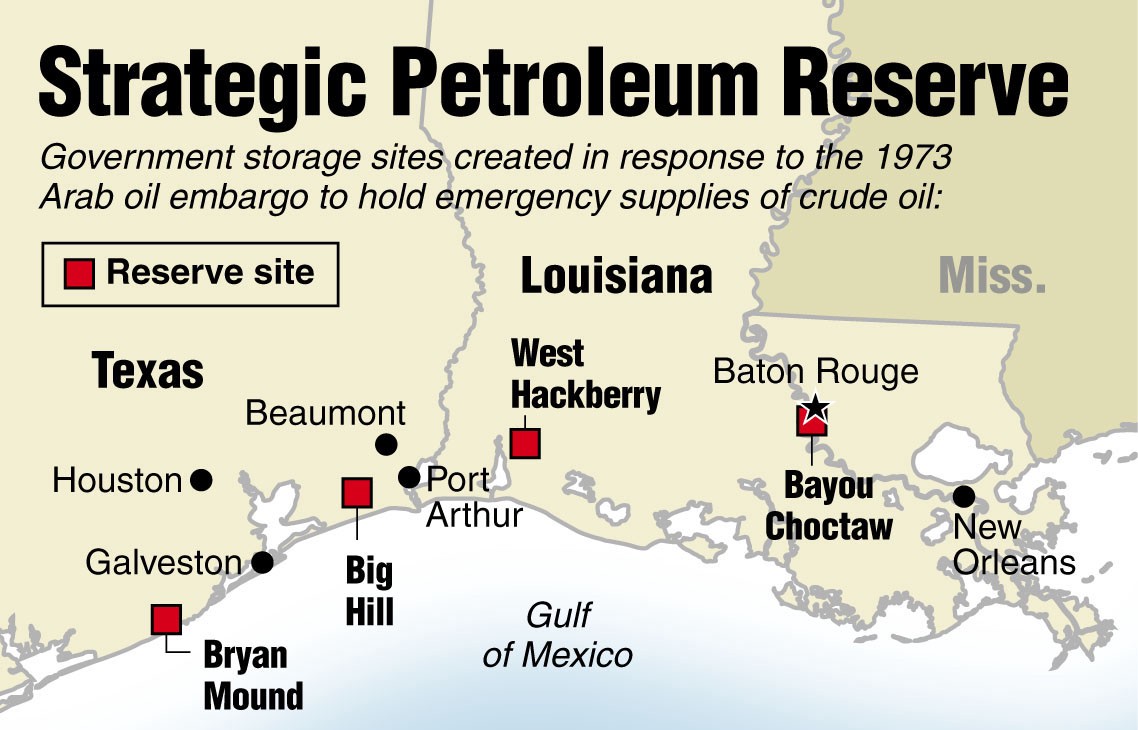 Among the many geopolitical issues going on in the world effecting the oil market, there have been reports this week that President Trump is considering tapping into the Strategic Petroleum Reserve (SPR) in an effort to lower gasoline prices. According to Bloomberg, “options are under consideration ranging from a 5 million barrel test sale to a more sizeable release of 30 million barrels and a third option of a larger release that would be coordinated with other nations.” Utilizing any of these options would create a shift in global crude oil prices.

What is the Strategic Petroleum Reserve?

For more in-depth information on the SPR, you can refer to a previous Guttman “What If” Blog Post, but in a nutshell the SPR is the world’s largest supply of emergency crude oil. It is owned and controlled by the Federal Government and stored in enormous underground salt caverns spanning the Gulf of Mexico shoreline. These reserves are set aside for times of emergency (i.e. Hurricane Harvey) and war.

So are we in a time of emergency? Some would say no, but there is a precedent in place allowing the government to sell off portions of the reserve to counter import cutoffs or for foreign policy purposes. In addition, the political price of using oil from the SPR has declined significantly over the past decade, largely due to the perceived abundance of supply as U.S. shale production has soared.

Whether or not the Trump administration pulls the trigger on the SPR release will largely come down to what happens with the price of oil over the next few months and leading into the fall season, which historically shows a reprieve at the pump.