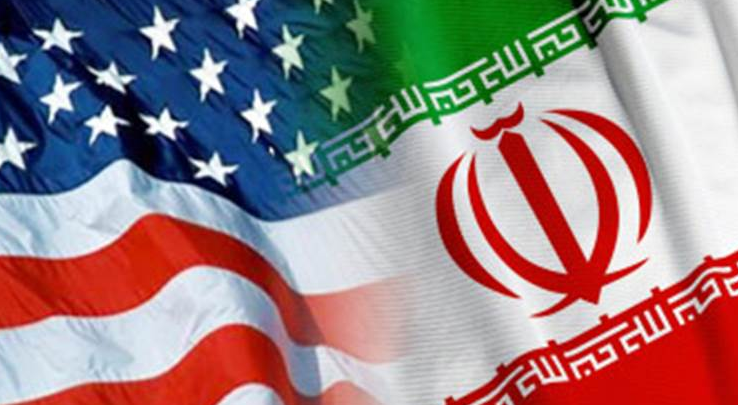 The week is upon us that the U.S. will impose the first round of sanctions on Iran. President Trump signed an executive memorandum in May to withdraw from the Iran nuclear deal, but that signature also began the countdown on a 180-day time frame to again impose the once relaxed sanctions.

At this week’s 90-day point, the first round of sanctions will not be as apparent to the American consumer and will include: Iran buying U.S. dollars, issuing Iran debt, Iran’s sale/supply/trade of precious and other metals, and certain software. Consumer-facing sanctions will be placed on the U.S. imports of Iranian carpets and food.

The final round of sanctions, after November 4 will include sanctions on: Iran’s ports, buying of petroleum and petrochemical products, foreign financial institutions transacting with Iran, and Iran’s energy sector amongst others.

While the Iranian people are rallying in the streets from fears of a collapsing currency and the high cost of living, the U.S. is concurrently reaching out to ask allies to stop importing Iranian oil ahead of the second round of sanctions.

Reports from China have indicated that the country has no plans to reduce the amount of Iranian crude that the country imports. China is also facing separate sanctions from the U.S. “Besides China, Iran’s other top oil client, India, tried to make a stand initially, saying it would not honor Washington’s unilateral sanctions, but later Indian refiners started cutting back the amount of oil they purchase, citing concerns about their continued access to the U.S. financial market.”[1] The impact of the U.S. sanctions on Iran are creating a tangled web between the countries throughout the world. Alternatively, the European Union has begun to reduce imports. 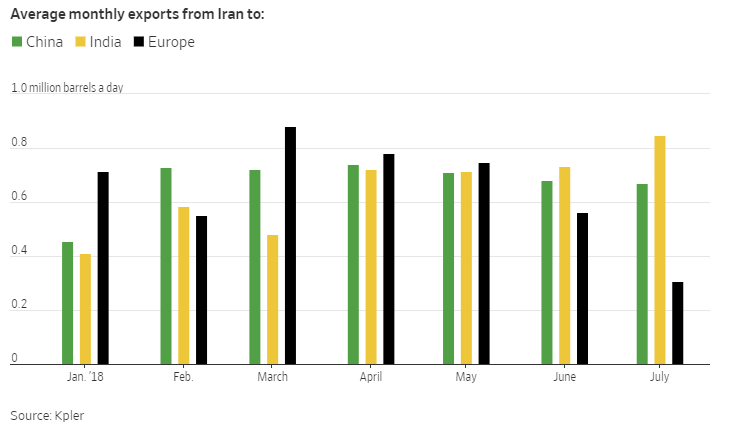 Iran could take a different approach to the impending sanctions and privatize the sale of crude. “Iran employed the method to market its oil products and petrochemicals during previous sanctions with the help of small Chinese and Russia banks and intermediaries…”[2] Iran’s approach may not be enough to support the impact of the loss of what analysts expect to be between 500,000 and 1 million barrel per day to the global market according to a Reuters poll.

“Iran’s oil exports could fall by as much as two-thirds by the end of the year because of the US sanctions, putting oil markets under huge strain amid supply outages elsewhere in the world.”[3] Market strain from the sanctions on Iran and turmoil in Venezuela are creating a market that is more volatile every day.