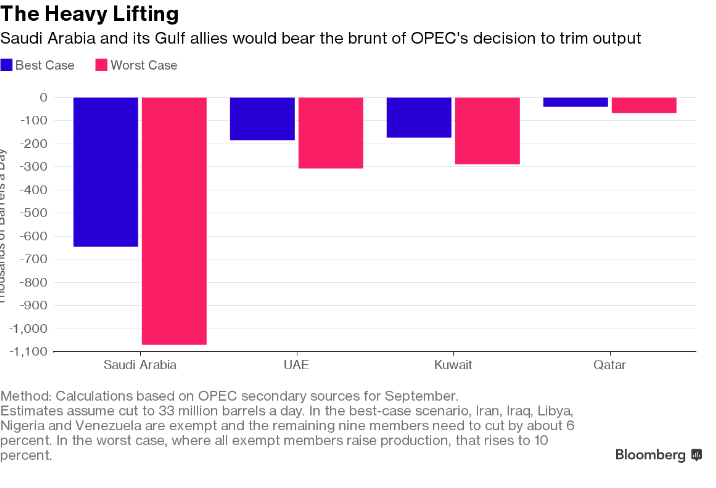 Crude oil prices fell yesterday, closing down $0.56 to settle at $49.96 per barrel, below the psychological $50.00 mark.  Heating oil and RBOB also finished lower at $1.5631 and $1.5005, respectively.  This morning the market is off slightly as traders digest the API and EIA data, as well as OPEC production news, comments and rumors ahead of next month’s meeting.  In addition, the dollar is influencing the market, trading at close to a nine month high.  According to the API, crude stockpiles had a build of 4.8 million barrels, exceeding an expectation of a 1.7 million barrel build.  Gasoline had a build of 1.7 million barrels, while distillate stockpiles fell by 940,000 barrels.  Today’s Energy Information Administration figures released by the DOE are more bullish than the APIs, adding some support to this morning’s initial market numbers.  According to the EIA, crude had a draw of ~ 600,000 barrels, gas drew ~ 2 million barrels and distillates drew 3.3 million barrels.

In what has now become a matter of the “they will” camp versus “they won’t” camp, OPEC is currently feeling heat from the latter.  Investors continue to be leery that OPEC members will agree to cut or freeze production.  “There have been rumors that Russia may not be on board with the production cuts and Iraq is also apparently seeking an exemption.  The market is starting to question whether the OPEC agreement reached a couple of weeks ago is really as solid as originally thought,” said economist Ryan Djajasaputra, as reported on Reuters.com.  Iraq, OPEC’s second biggest producer behind Saudi Arabia, wants to be exempt from a cut, claiming the revenue is needed in its continued fight against the Islamic State.  Iran has also sought to be excluded as it continues to ramp up production to pre-sanction levels.  With Nigeria and Libya already being exempt from the production cut deal, the pressure is growing on Saudi Arabia.  It faces a decision of either losing market share to other producers as it cuts production more than expected or losing international credibility by changing the terms of the deal.  Ahead of the formal OPEC meeting next month in Vienna, Austria, representatives from both OPEC and non-OPEC countries will meet later this week to discuss details regarding how production cuts will be shared.  One issue that needs to be resolved up front will be how exactly to measure each country’s individual production.  Many within OPEC are not on the same page regarding which reporting sources should be used.

As of this writing all indexes are pointing downward on the NYMEX. 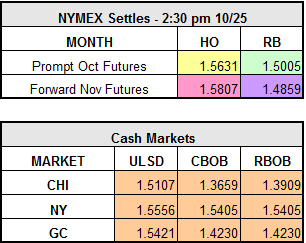