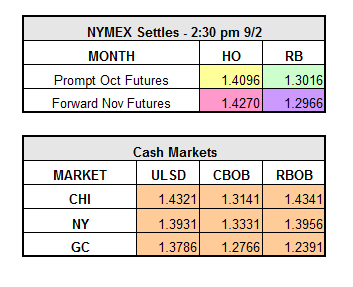 Yesterday the G20 summit ended in Hangzhou, China, with plenty of talk circulating around the near future of oil prices. Russia and Saudi Arabia became the stars of the show, with reports of them looking to cooperate on the idea of stabilizing the oil market. Not only were there talks of them cooperating, but they actually signed a pact or agreement of sorts, stating that they will discuss ways of reducing oil volatility. This comes three weeks before the OPEC meeting near the end of this month in Algeria.

There are many differing opinions on what this “agreement” means for the interim. Yesterday, Eugen Weinberg, the head of commodity research at Commerzbank told CNBC: “The running gag of the ‘freeze’ means just nothing, and as to the cooperation between Russia and Saudi Arabia—no chance! It’s clearly just lip service since real cooperation between those competitors is just impossible.” History would back this man up, considering the last time there was supposed to be a freeze it turned out to be non-existent. CNBC also made a statement on the gimmicks the two countries are using: “With Saudi production at high levels and Russia lacking the means to cut output, it is debatable how much a freeze would achieve, even if agreed.” On the other end of the spectrum, Reuters made its own statement: “While the news helped prop up oil prices, we maintain a cautious position on the likelihood of any production limitation as recent attempts for such action have failed. Regardless, we maintain that oil prices should climb above the $50/bbl mark during the last quarter of the year as demand will likely accelerate, while supplies will continue to tighten.”

So as we start off the week after the holiday weekend, we have statements being made that could put pressure on prices all the way up until the meeting at the end of the month, yet we also have the bearish analysts that think these pacts and agreements are a bunch of bologna. Today the market is fairly flat on HO and gas, while crude is only down $0.07 to $44.37 as of 1:00 p.m. EST.