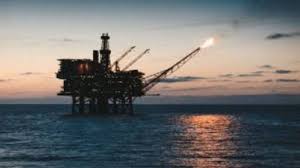 British Petroleum (BP) has announced the discovery of two new oilfields in the Gulf of Mexico and has approved a $1.3 billion expansion of its Atlantis three oil field.  The new expansion will include eight new wells to the existing offshore oil and gas platforms and they are speculating that it will increase production by 38,000 barrels per day by 2020.  The expansion comes nearly a decade after BP’s Deepwater Horizon disaster that caused more than $60 billion in damages to the region.

The discovery of the two new oilfields is a result of seismic source technology created by BP called Wolfspar.  This advanced proprietary seismic imaging technique can see beneath the salt in the Gulf of Mexico to enable better information as to where to drill.  British Petroleum also has proprietary algorithms used to enhance seismic imaging into usable seismic data. What would have previously taken a year to analyze, now can be processed in only a few weeks.

BP is currently the top oil producer in the Gulf of Mexico and anticipates its production to grow to 400,000 Barrels of Oil Equivalent per Day (BOED) through the middle of the next decade.  The advancement in technology has allowed the potential for future developments in their offshore fields that would include phases 4 and 5 of Atlantis.  “Atlantis Phase 3 shows how our latest technologies and digital techniques create real value – identifying opportunities, driving efficiencies and enabling the delivery of major projects. Developments like this are building an exciting future for our business in the Gulf,” said Starlee Sykes BP’s regional president for the Gulf of Mexico and Canada.  BP’s presence in the Gulf of Mexico has come a long way since Deepwater Horizon.