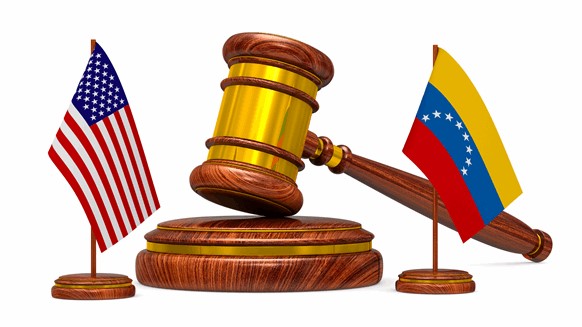 The Trump administration is not expected to grant the Chevon Corporation another waiver to operate in Venezuela as the United States begins planning to increase pressure through sanctions on the regime run by Nicolas Maduro.  The most recent waiver granted to Chevron is the fourth instance that has allowed Chevron to operate in the South American country since sanctions commenced in 2018.  The waiver is set to expire on April 22.

The latest talks of additional sanctions on Venezuela stems from the country’s election in 2018 between Maduro and opposition leader Juan Guaido.  President Maduro has remained in power for over year after Washington recognized Guaido as the legitimate president amid reports that Maduro’s victory was fraudulent.  Throughout the ordeal, Maduro has received support from Russia and China while the United States has backed Guaido.  Now the United States is attempting to rally international support of Guaido through further sanctions on Venezuela’s oil sector.  Elliott Abrams, the U.S. Special Representative for Venezuela has stated, “The President has made a decision to push harder on the Venezuelan oil sector and we’re going to do it. And what we’re telling people involved in this sector is that they should get out of it.”

Chevron is the last remaining United States major exploration company in the country.  Venezuela only accounts for one percent of Chevron’s global crude production, but the location remains tactically important due to the country’s vast untapped reserves.  Advocates of Chevron argue that if the company does relinquish operations in Venezuela that market share and influence would shift to Russian and Chinese companies since they are the ones backing the current government with Maduro at the helm.  Oil exports from Venezuela have dropped 32% last year to a little over one million barrels per day due to sanctions. It will be interesting to see this situation further develops as the United States has sworn to increase pressure until Maduro abdicates control.