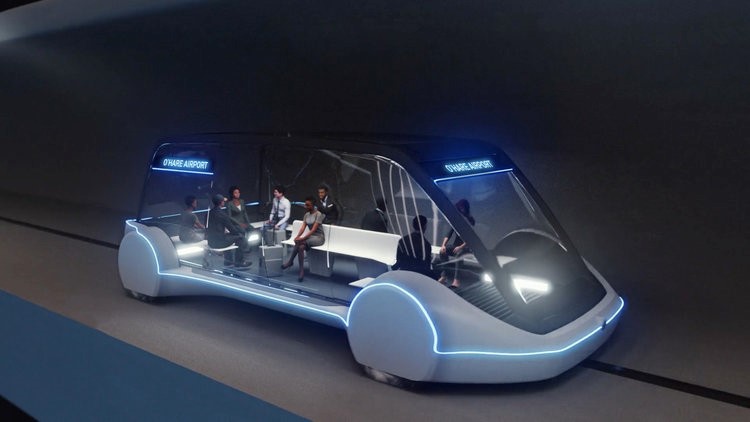 Earlier in the week Elon Musk’s Boring Company was greenlit to build a high speed transportation facility in Chicago. According to CNN, “The planned system, known as the Chicago Express Loop, will carry passengers in battery-powered vehicles through tunnels at speeds of up to 150 miles per hour. It will link downtown Chicago with O’Hare International Airport.” This all electric transportation system will be 100% privately funded and according to the Boring Company, “The Chicago Express Loop is three to four times faster than existing transportation systems between O’Hare Airport and downtown Chicago.” It seems that fantasy is starting to mesh into reality.

There are also several other projects on the horizon. There are proposals for “loops” between Pittsburgh and Chicago as well as L.A and to various parts of California. Wealthy companies like Virgin and Tesla are funding huge projects like Hyperloop One. The Boring Company, owned by Musk has also stated an east coast project through the nation’s capital, “ The proposed twin tunnels would run in parallel for approximately 35 miles from downtown DC to downtown Baltimore, beneath New York Avenue and then the Baltimore-Washington Parkway.  This would serve as the central artery for a potential future transportation network which would hopefully be extended to New York.” With the rise of autonomous vehicles and a drive for safety and a greener culture, it is interesting to see how much private funding is racing towards these large scale projects. Universities are also being included in the projects encouraging future generations to think of new travel possibilities. The future is here, it is fast, and only time will tell how it will impact the world.