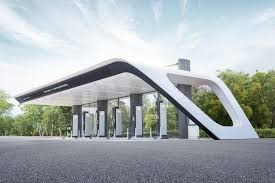 The perks of owning and driving an electric vehicle have dominated automobile headlines for years now, but more research is still needed to determine if the true cost of charging these vehicles is cheaper and more efficient than owning a gasoline powered vehicle.  Patrick Anderson, CEO of Anderson Economic Group, recently detailed his experience with owning and operating a new EV and compared it to other similar gas-powered vehicles.

According to Anderson, his recent study has four major findings:

Anderson has spent decades in the auto industry, so he is familiar with costs beyond what you see at the pump or charging station.  Commercial charger rates are typically significantly greater than charging at home, and it can also be difficult finding a charging station which leads to an increase in deadhead miles trying to find a charging location.  Anderson’s analysis centered around four total costs, and because of these costs he believes it is more cost effective to fuel gas powered vehicles than electric vehicles.  The four costs are:

Based on the criteria, Anderson found that a mid-priced gasoline car that gets around 33 miles to the gallon would cost $8.58 in overall costs to drive 100 miles at $2.81/gal.  A comparably priced EV would cost $12.95 to drive 100 miles using mostly a commercial charger.  Gasoline prices and electricity prices will fluctuate and vary greatly from region to region, but this type of direct comparison helps the consumer understand the full costs of owning an EV.

One of the primary challenges still facing widespread EV adoption is the lack of reliable and accessible commercial charging infrastructure.  Many EV owners face “range anxiety” because longer trips require a significant amount of pre-planning.  As more charging stations are built the cost should presumably come down, but investment into universal infrastructure is lagging, and as a result EV vehicle ownership can still be significantly more expensive than owning a gas-powered car.