Petroleum product prices have been trading all over the board this morning trying to seek a direction. Currently the market is trading up trying to push through the next resistance levels.  It is no surprise that price support is coming from the large draws in crude inventories over the past four weeks.  Total draws inventory in that time period are almost 26 million bbl.

Crude is trading at two-month highs. According to Phillip Streible, senior market strategist at RJO Futures, “Everyone has been kind of thinking that oil prices are going to continue to remain low.  But the reality is there are many other things that are going on around the globe, specifically a lot of geopolitical risk.  And what that does is create uncertainty for the future supply of crude oil.”  Streible also believes that the strike in Venezuela (one of the world’s largest oil producers) could cause crude oil prices to jump up a few dollars past the $50 mark.

The U.S. has been producing more fuel than ever before, but not for the reason one may think. It’s not due to the domestic demand on roadways, but to meet the demand from overseas.  The United States is the world’s top net exporter of fuel and are on their way to hit another record in 2017.  Growth in foreign fuel markets has become important to future growth of United States refineries.  One of the reasons behind the demand coming from the foreign countries is because they are not investing in their infrastructure, as it is cheaper to import from the outside.

One last important piece of news to note is that the Federal Reserve decided against raising interest rates again and are not expected to raise them at least until the end of December. 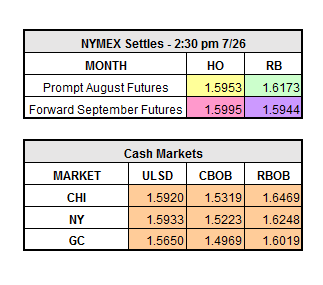