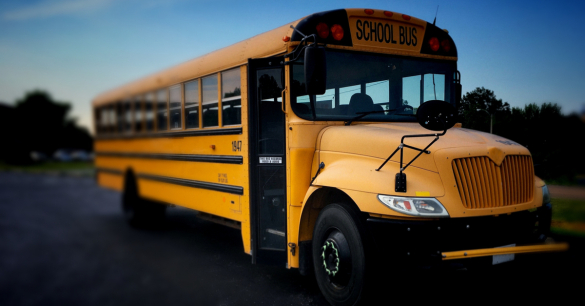 In 2017, the Boston Public Schools (BPS) faced a major transportation challenge.  Ten percent of the district’s budget, or approximately $2,000 per student, went to funding transportation costs.  Transportation costs for buses increased because they are facing a shortage of drivers along with higher costs for fuel and maintenance.  The BPS bus fleet had around 650 operating buses. Those buses transport around 25,000 students, in over 20 zip codes to 220 schools in the district. The complexity of those factors made the yearly scheduling a difficult endeavor.

The BPS Transportation Challenge was announced in attempt to reduce the $120 million spend for student transportation.  A team of MIT doctoral candidates, Arthur Delarue and Sebastien Martin, developed an algorithm named “Quantum” that would find the most efficient operating routes for the fleet of buses.

“‘First we take into account all the average traffic, and then we add some slack to make sure that even if things go wrong, we still have some time,’ Martin told Boston area radio station WBUR at the time of the announcement. He said, ‘we have a second problem. How to choose the solution for each school so that we have the best routes overall.’”[1]  However, as the algorithm worked to suggest solutions for the bus issue, it information and routing still needed to be verified through human collaboration.

It now takes the algorithm 30 minutes to run the data that used to be analyzed by 10 employees over the course of 3000 hours.  “Quantum” was first run for the 2017-2018 school year and showed major improvements within the year:

The final solution allows schools to share buses between schools, not just looking at the lowest number of buses.  “Boston schools haven’t gone completely algorithmic just yet. Last year, an algorithm-based study failed to offer a plan for better school racial integration, and parents are still resistant to an algorithms that could alter high school start times.”[2]  Because the school bus routing plan is new each year, the algorithm will be evaluated over years to see the true savings.  As Boston sees the advantage in using this technology, schools around the country will also be able to benefit.