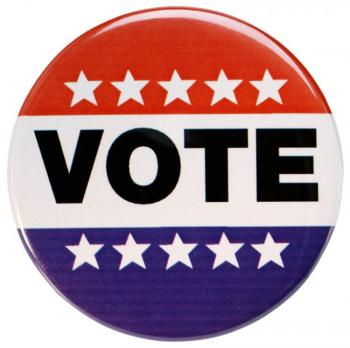 As the entire world anxiously awaits the outcome of today’s election, let’s take a minute to reflect on how we got here with some of the most interesting facts about Election Day and global elections. (And maybe finish off the day with a free snack?)

Why do we vote the first Tuesday of November?

Farmers are the driving factor in the selection of the date. Farmers and others living in rural areas had to travel a long distance to get to their voting location. Since Sunday was considered a day of rest, people were given Monday as a traveling day to allow for a Tuesday vote. Additionally, early November allows time for after harvesting season while the weather is still (usually) good for travel.

How long have women been able to vote?

It is not as clear as you would think. Prior to 1807, New Jersey allowed single women to vote. Married women were understood to be represented by their husband’s vote. Claims of fraud arose when men were found to be dressing in women’s clothing to allow for another vote. Women were given the right to vote in 1920 with black women waiting until the Voting Rights Act of 1965.

The VP is who?

Until 1804, the candidate with the second most votes was given the role of Vice President. The 12th Amendment changed that practice by allowing voters to cast a distinct vote for both President and Vice President. In 1864, Abraham Lincoln and Andrew Johnson proposed the idea of running mates.

Vote by Mail – ONLY

Colorado, Oregon, Washington, Utah and Hawaii have all mail in elections.

In 1997, Texas lawmakers passed a measure to allow astronauts to vote from space. They make their secret selections and the PDF is sent back to Mission Control in Houston. Once received, those encoded documents are opened by a clerk and submitted through a hard copy.

In England, buying votes with alcohol was a custom. In 1758, George Washington spent his campaign budget, 50 pounds, to serve over 100 gallons of liquor to voters. Alcohol sales were banned in the late 1800s to discourage candidates from bribing voters. The last state in the US to repeal the law was South Carolina in 2014.

I can’t hear you!

Prior to the 1890s, elections were conducted through a public voice vote. Voters would shout their votes in a large, public forum. After the scream, voters would then sign their name under their candidates of choice and finally grab a pre-printed party ticket. In 1892, the Australian ballot, or the secret ballot became the standard throughout America.

In Nevada, voting ties are decided by breaking a deck of cards. In Iowa, they toss a coin. Yes, you read that right, voting decisions in certain areas are made in the same manner as deciding who would get the last piece of dessert.

In most countries around the world, elections are held on Sundays. Those countries where English is the primary language tend to break that rule. Canada votes on a Monday, Great Britain votes on a Thursday, and Australia and New Zealand vote on Saturdays. Voting is mandatory in Australia, and anyone who does not vote is hit with an AU$20 fine. If that fine is not paid, criminal charges can result. Voting ages around the world vary also. In Brazil, citizens gain the right to vote at 16, but voting is not mandatory until 18. The group aged 18-69 are subject to a fine if they refuse to vote. Finally, to end this on the right foot, in 1967, a mayoral election in Ecuador went to a foot powder! The company ran election themed ads persuading voters to vote for the foot powder if they valued their hygiene. With the amount of write in votes, the foot powder became mayor! No US news reported on how the election was ultimately handled, but for a brief period, Quito, Ecuador was governed by the Honorable Pulvapies powder. Hopefully in 2020, hygiene continues to reign supreme.

Do you still feel stressed? Click here to find out where you can get Election day freebies!