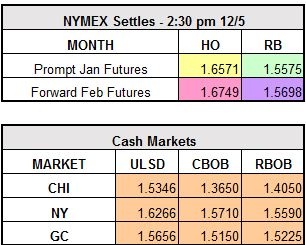 This rise in production has many fearful that even with production cuts in place, the market might not show significant changes until well into 2017. “Most of the position adjustments that the OPEC decision forced upon traders have now run their course and it leaves the market exposed to profit taking,” said Ole Hansen, head of commodities strategy at Saxo Bank.  With the cuts looming, Saudi Arabia is beginning to feel the pain from the production cuts it is facing.  Saudi Aramco has just lowered its January price for Asian customers by $1.20 a barrel from December for its light grade product.

Glencore chief Ivan Glasenberg has come out saying that prices could drop to $35 a barrel if U.S. shale producers really start firing on all cylinders. Glencore has expressed hope that the shale producers will be “responsible” and manage the output accordingly.  Shale producers have been hamstrung in the market for some time now and with prices beginning to rebound, they are now looking at getting above their breakeven levels.  OPEC says it will cut its 1.2 million bpd and everyone else should be cutting nearly 600,000 bpd.  This is looking to be finalized with the non-OPEC countries this weekend.

Lastly, another factor for today’s downward price pressure is the U.S. dollar index gaining strength this morning. As faithful readers of this blog know by now, there is an inverse relationship between oil prices and the dollar.

We will see how this weekend’s meeting concludes and if non-OPEC members will comply with the current production cuts being put in place. Keep in mind Russia will be part of this meeting. The last time there was an agreed upon production cut, Russia claimed it would comply and then shipped barrels out the back door to make up for lost revenue.