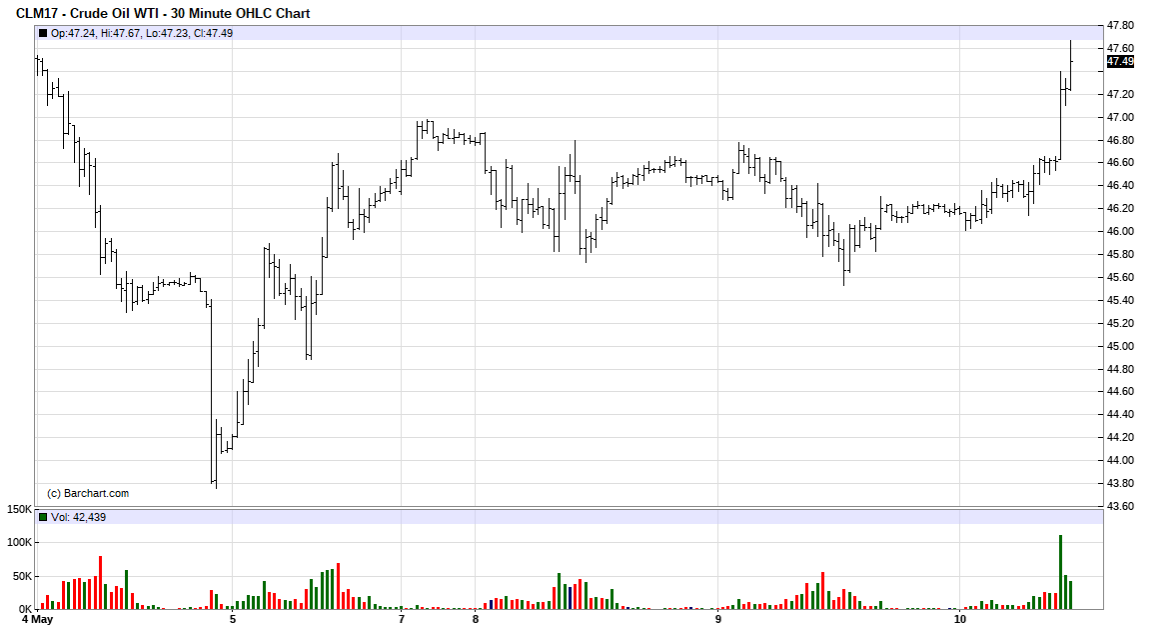 Giving the market some strength this morning are the API statistics that were out yesterday evening, along with a weaker U.S. dollar.  Crude inventories had a much larger than expected draw of 5.8 million barrels.  Distillates had a 1.2 million barrel draw, as expected. However, gasoline inventories unexpectedly built 3.2 million barrels.  The U.S. dollar is weaker this morning after President Trump surprisingly fired FBI Director James Comey.  This morning, WTI was trading up about $0.70/bbl, the HO contract was up just under $0.02/gal, and RBOB was up over $0.01/gal.

With the release of the DOE statistics at 10:30 a.m. ET, the market rallied; WTI is up $1.5/bbl, HO is up almost $0.035/gal, and RBOB is up over $0.04/gal.  The DOE statistics showed a large draw of 5.2 million barrels in crude inventories, 438,000 barrels of the draw coming from Cushing, OK. Distillates drew 1.6 million barrels, just slightly more than what the API reported.  The big difference between the APIs and DOEs was the gasoline statistic, which showed a draw of 150,000 barrels.  Not a large draw, but much more bullish than the API report.  The key resistance today is $1.4985 for the RBOB contract; the market close vs. this resistance will signal what direction oil prices may go. 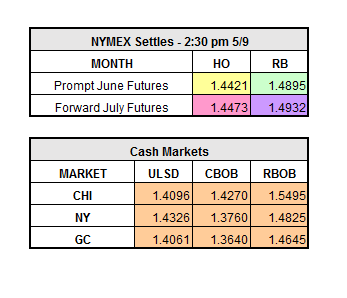