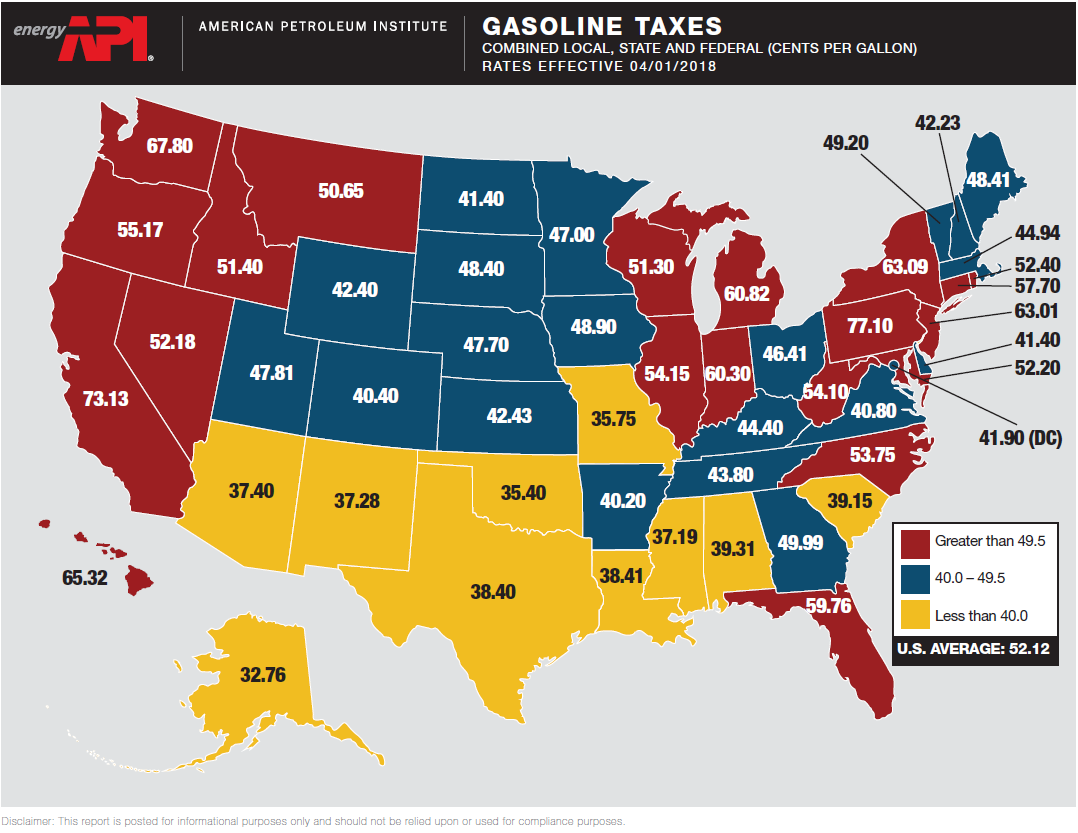 What is the Gas Tax?

The “Gas Tax” is comprised of both state taxes, first introduced in 1919 in Oregon and the remaining states over the following decade, and federal taxes, first created with the enactment of the Revenue Act of 1932. The state fuel taxes have undergone many revisions over the years with some states sticking with the fixed number of cents per gallon, while other states having the tax tied to the change in the price of fuel, inflation, or other factors. The important point being that each state has their own individual rates. The federal tax, however, has remained unchanged since 1993 and currently stands at $0.184/gal.

Short History of the Gas Tax

First created just three years after the introduction of the Model T, the gasoline tax was justified as necessary to repair the damage done to the roads by these new vehicles. By 1932, Congress had picked up on the idea and introduced the federal gas tax of $0.01/gal as a “temporary” measure to assist in deficit reduction in the midst of the Great Depression, scheduled to expire in 1934. Over the following 61 years the gas tax has been extended, made permanent and slowly rose to assist in times of war and with the burgeoning highway system spreading throughout the US.

What does it pay for?

Each state typically has their own road or transportation fund that sees the bulk of the revenue from the state gas tax. However, those revenues are often diverted to other causes and to assist in budget deficits in non-transportation related areas, varying by each state individually. Since 1997, the full federal gasoline tax has gone directly to the Highway Trust Fund, a transportation fund in the US used for the construction, maintenance, and repair of roads.

States with the highest Gas Tax