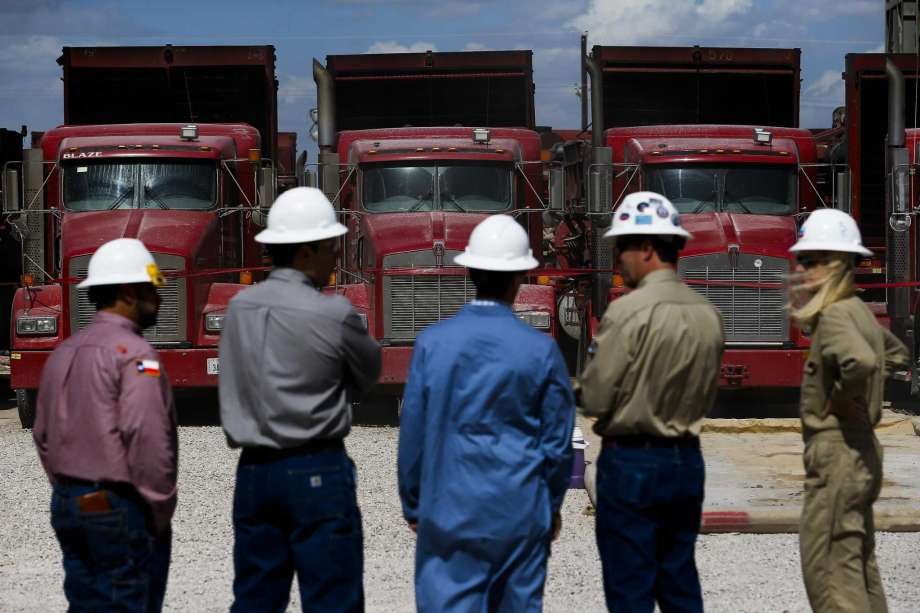 Halliburton Co. announced this week that it has cut eight percent of its North American workforce as a response to a slump in demand for hydraulic fracturing and have removed unused fracking equipment in the United States and Canada.  The Houston-based contractor and world’s biggest provider of fracking equipment made the decision to downsize personnel after its revenue fell thirteen percent in the second quarter of this year.  Halliburton has 60,000 employees worldwide and although an official number of jobs to be cut was not announced, it will most definitely affect their employees in the natural gas shale field.

In an article published in Bloomberg, Halliburton’s Chief Executive Officer Jeff Miller said,  “We recognize the changing behavior of our North American customers and are executing a new playbook to keep generating returns and free cash flow, what was the right playbook several years ago, when there was a different cadence and pace of customers’ spend, today needs to change.” In addition to Miller’s comments, industry consultant Rystad Energy estimated in February that Halliburton and its competitors would have a year-end supply of 24.4 million horsepower for fracking, but would face demand of just 14.5 million this year. Shale producers have cut spending as investors pressure the companies to return cash to shareholders after the worse oil-price crash in a generation five years ago.” Mr. Miller’s comment on generating returns and free cash flow is in reference to investors pressuring shale-producing companies to cut spending to prevent another oil-price crash that occurred five years ago.

The reviews from Wall Street shortly after Halliburton’s announcement was positive to shareholders.  Halliburton was the Monday’s biggest gainer in the S&P 500 Index, where they have been the worst performer over the past twelve months.  Shares of the company rose as much as 8.3 % for the biggest intraday gain since November 2016.   Angie Sedita, an analyst at Goldman Sachs, said “Kudos for being proactive on the stacked equipment in this market versus fighting for share.”  It will be interesting to see if other oilfield service companies follow in the same path as Halliburton or decide to fight for the share left behind.