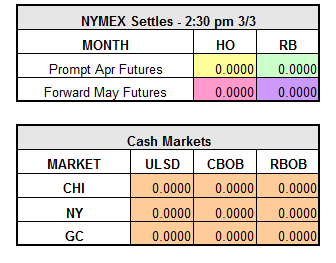 As the market continues to increase higher on crude, let us take a look back at February to discuss highs and lows. The low of the entire month was on February 11th, when crude fell to $26.05 a barrel. On that same day, crude reached a high of $27.48. Two weeks later crude hit a high of the month of $34.69. February brought a ton of market movements, but stuck in a range of $26-$34. Now for March.