Falling prices have many people worried about the oversupply of product and lack of demand. Crude prices have dropped about 20 percent since late February of this year and have hit a seven-month low.  According to Bank of America Chief Global FICC Technical Strategist Paul Ciana, “Oil is in a downtrend and risks trending into the $30’s.” This will be a problem to most, but some shale producers in the U.S. will still be able to produce profitability. Nigeria is still producing record output and is forecasted to exceed 2 million bpd in August, virtually cancelling out OPEC’s agreement to reduce output by 1.8 million bpd.  Refinery runs are operating at 94%.

Two other important news items to keep an eye on are: 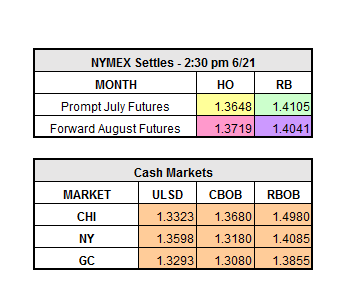