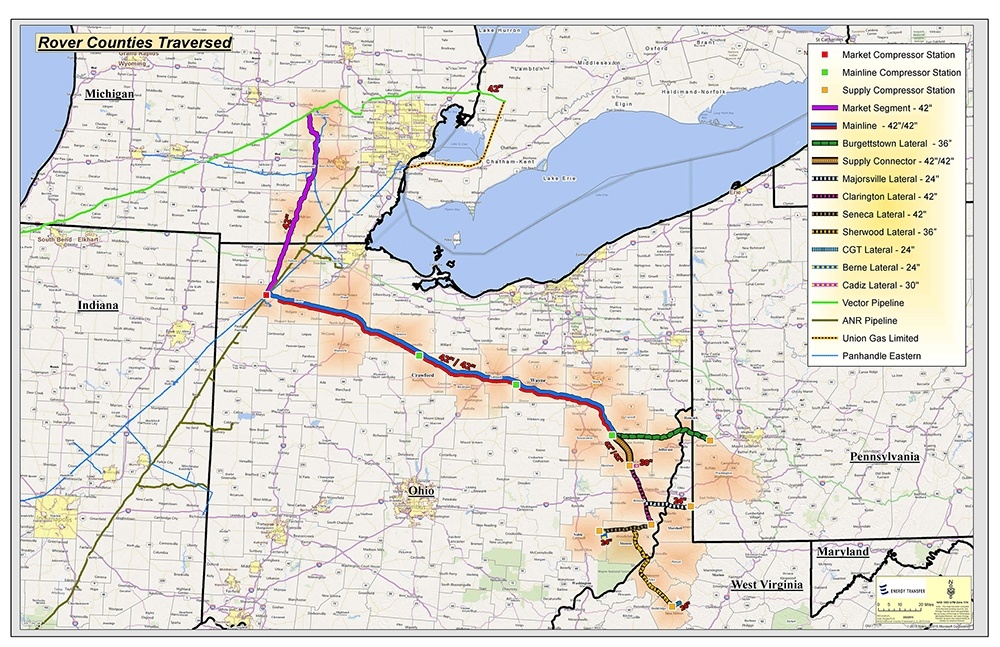 As of August 24th, the 713 mile long Rover pipeline was approved to become fully operational beginning September 1st from the supply lines in Burgettstown, Pa and Majorsville, WV.

The Rover pipeline is an interstate natural gas project that transports 3.25 billion cubic feet per day of nationally produced natural gas to markets in the Midwest, Northeast, East Coast, Gulf Coast and Canada. The pipeline has direct deliveries to Ohio, West Virginia, Michigan, and into the Dawn Hub in Ontario, Canada.

The pipeline transports natural gas that is processed from the Utica Shale and Marcellus Shale in the West Virginia, Ohio and western Pennsylvania regions. The pipeline delivers the gas to the Midwest Hub near Defiance, Ohio. A little less than 70% “of the gas will be delivered via interconnects with existing pipelines in Ohio and West Virginia for distribution to markets across the U.S.

The remaining 32 percent of the natural gas will be delivered to markets in Michigan through an interconnect in Livingston County, Michigan, with the existing Vector Pipeline, which has established delivery points

The Rover Pipleline is for the most part under agricultural land (70%) and collects natural gas from 12 different locations. From these locations it transports the gas to the delivery points along its route.