Last week, several world powers convened in Vienna, Austria to revive the 2015 Iran nuclear deal. Senior officials from the governments of Iran, United States, France, United Kingdom, Germany, Russia, China, and the European Union aim to determine the next steps the United States and Iran need to take to get back into compliance. The United States has not been in direct talks with Iran but is relaying messages mainly through European members in attendance. 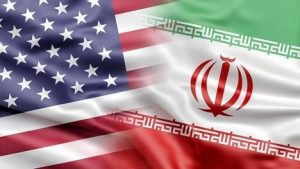 Iran and six countries reached the historic agreement in July of 2015 called the Joint Comprehensive Plan of Action (JCPOA), which is known better as the Iran nuclear deal. Iran agreed to restrictions of enriched uranium that would not give them the ability to make a nuclear weapon but would allow them to maintain their energy needs. The restrictions were set to expire between 2025-2030, but there was fear within the Trump administration that once they expired, Iran could still develop a nuclear weapon. This eventually led to the United States’ withdrawal from the original agreement and sanctions were placed on Iran for non-compliance.