As the holiday season approaches, retailers are scrambling to ensure their shelves are fully stocked and trying to overcome the numerous disruptions in the supply chain that they have faced since the beginning of the pandemic.  Currently, more than sixty container ships carrying consumer product goods worth billions of dollars are stuck outside the Port of Los Angeles and Long Beach waiting to unload.  These two port complexes handle more than half of all American imports. 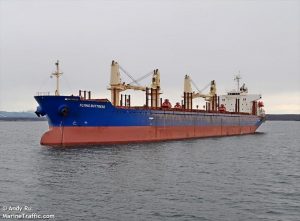 Walmart, the world’s largest retailer, has drafted the dry bulk cargo ship The Flying Buttress into service to circumvent the logjam at the ports.  According to Joe Metzger, U.S. Executive Vice President of Supply Chain Operations at Walmart, “Chartering vessels is just one example of investments we’ve made to move products as quickly as possible.”  Other retailers such as Target, Home Depot and Costco have said they are chartering ships to deal with the pandemic-driven slowdown.  Port of Los Angeles Executive Director Gene Seroka reported that incoming cargo at his port is up 30% from last year’s record levels.  He described the situation of ships sitting idle off the coast as “It’s like taking 10 lanes of freeway traffic and squeezing them into five.”

This situation will be interesting to watch unfold as Black Friday is a mere seven weeks away, a period where retailers make more than a third of their profits for the year.