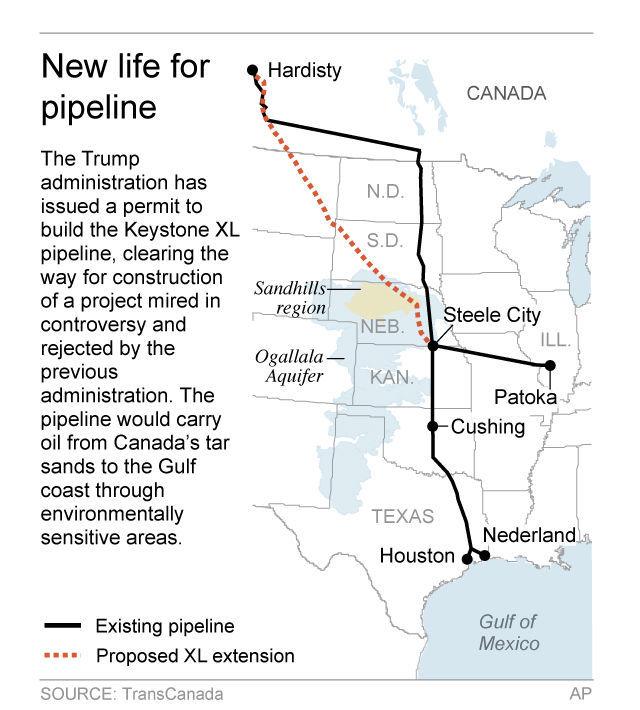 The Keystone XL Project is a proposed 36-inch-diameter crude oil pipeline, beginning in Hardisty, Alberta, and extending south to Steele City, Nebraska.  The $8 billion line would carry up to 830,000 barrels (35 million gallons) of crude daily from Canada to Nebraska.

For backers of the pipeline it is viewed as a critical infrastructure project for the economic strength and energy security of the United States.  For those whom oppose pipeline construction, they have major concern around the risks the pipeline would pose to the environment and its surrounding communities.

So where does construction of the long-delayed pipeline stand after it was blocked last November when a federal judge in Montana ordered additional environment reviews of the project?

An executive for TC Energy Corp. (formally known as TransCanada) the company proposing the Keystone XL oil pipeline from Canada’s oil sands into the U.S. says it has missed the 2019 construction season due to court delays.  However this week a new development occurred which may set the stage for construction moving forward.

In Nebraska, the Pennington County Commission approved a haul route agreement governing TC Energy’s use of county roads during the construction of the company’s proposed Keystone XL crude-oil pipeline.

The written agreement is product of lengthy talks between the county and TC Energy.   The company has similar agreements with other counties for construction activities related to the proposed pipeline, which has yet to clear legal hurdles preventing the project’s commencement.  Terms of the agreement will allow TC Energy to use some of the county roads as haul roads for movement of equipment, supplies and materials within the county.   TC Energy will be required to make any necessary improvements to the roads and to keep them in good condition through the end of the construction project.

It is anticipated that staging of equipment will occur in the fall of 2019 with construction set to begin sometime in 2020.