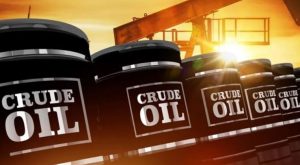 On Tuesday, the U.S. announced it would release 50 million barrels of crude from its strategic oil reserves.  This move comes in coordination with releases from China, Japan, South Korea, India, and the U.K. as an attempt to combat the prices from OPEC+.  OPEC+ meets on December 2nd to evaluate their response to this move, and early indications are that they may cancel plans to boost production.

The U.S. Strategic Petroleum Reserve was established in the 1970s after the Arab oil embargo.  There are over 600 million barrels in the reserve, and it sits around 85% capacity.  The reserve is stored at four sites on the Gulf of Mexico.  The sites are artificial caverns created in salt domes below the surface of the earth.  Previously, the reserve has been used during Operation Desert Storm, Hurricane Katrina, and Libyan supply disruptions.  Laws established in 1975 allow the president to fully deplete the reserve in the event of a “severe energy supply interruption.”  However, a limited withdraw of up to 30 million barrels can be ordered in the event of a “domestic or international energy supply shortage.”

With the 50 million barrels, 18 million are from an accelerated release of previously authorized sales while the remaining 32 million will be issued from the reserves.  The U.S. will oversee exchanges with oil companies using the crude and then returning supply back.  Republican lawmakers oppose the move.  Christopher Guith, senior vice president of the Chamber of Commerce’s Global Energy Institute said, “America’s real strategic petroleum reserve is in places like the Permian Basin and the Gulf of Mexico.  Instead of ineffectual Band-Aids, the White House should focus on policies that will encourage domestic production of oil and natural gas.”

Recently, crude oil has reached seven-year highs but are still short of the $100/barrel prices reached between 2011 and 2014.  Current oil prices are rising with the sharp rebound in global demand.  OPEC+ had a plan to raise output by 400,000 barrels per day (bpd) starting in August of this year.  The International Energy Agency reported that production was 700,000 bpd less than the plan in September and October.