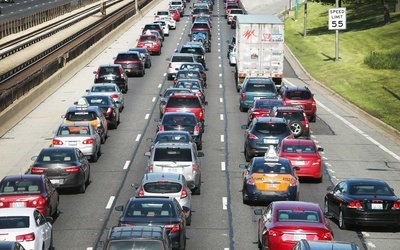 Well, here we are again, another year, another kickoff to summer and the beginning to millions of traveling vacationers heading out the door!

Memorial Day weekend has traditionally been one of the more traveled holidays of the year given the nature of it being the first holiday weekend in the warmer summer months.  However, how would one expect that this Memorial Day 2019 would be the second highest traveled weekend in all off AAA records over the past 20 years?

Did you know that nearly 43 million Americans will travel 50 miles or more for Memorial Day? Companies such as AAA could see that as a business opportunity with a higher potential of flat tires, dead batteries, and/or lockouts causing breakdowns.

Could it be the strong job and income growth in American families? It appears that families still prefer to spend their extra income on traveling despite the national gas price average continuing to rise.

Below is  expected travel for the different modes of transportation.

Thursday the 23rd and Friday the 24th of May are expected to have the largest amount of congestion according to AAA.  So for those of you traveling this weekend expect delays, lines at the fuel pumps, and some happy Americans hitting the open roads!