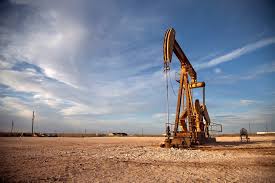 During the lengthiest government shutdown in United States history, prioritizing fossil fuel development continues to take precedence for the Trump Administration. An estimated 800,000 federal workers went without paychecks however the administration has still found ways of moving forward for “energy dominance.”

In a statement last Thursday, environmental groups Earthjustice, League of Conservation Voters and the Natural Resources Defense Council said “Instead of working with Congress to end the longest government furlough in American history, the Trump Administration is prioritizing a radical, unpopular plan to subject America’s coasts to more offshore drilling,” Working off carryover funds from 2018, the Bureau of Land Management and Bureau of Ocean Energy Management remain focused on processing fossil fuel drilling applications and permits in addition to developing a new five-year offshore oil and gas leasing program.

During Trump’s 2018 State of the Union address he stated, “We have ended the war on American energy, and we have ended the war on beautiful, clean coal.” With no major effects of the shutdown on the Oil industry, many seem to think there is a “favorite” industry with no concern about workers and their families. Thirty-one days into the partial government shutdown, the Trump Administration is continuing to push for the expansion of oil drilling. Americans have rejected the Trump Administration’s move to expand dirty and dangerous offshore drilling and energy exploration. Although the government may be “shut down,” the oil and gas industry seem to be working just fine. Taking priority over the people and the communities.