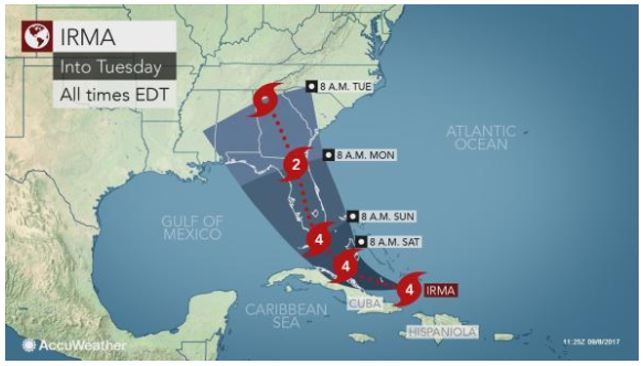 Oil traded lower today as traders braced for a weakening in demand next week after Irma’s projected path through the southeast will drastically reduce economic activity.

The latest trajectory of Irma has it making landfall in South Florida early Sunday morning and steering directly up the entire state of Florida and then barreling into the other southeastern states on Monday and Tuesday. In preparation for the storm, the already gas-deprived region due to refinery and pipeline disruptions as a result of Harvey, gas supplies were being hauled into Florida from other states to allow evacuation for Floridians. Because of the projected severe devastation that will impact Florida, refined products will not be in high demand for a few days early next week because many people won’t be able to travel. This poses a risk that the NYMEX oil complex may sell off early next week, but rack prices may stay bid because of the on-going tight fuel situation stretching all the way north into Maryland. 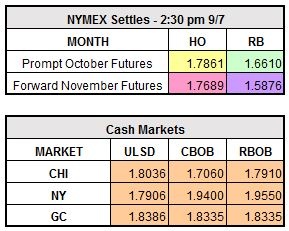