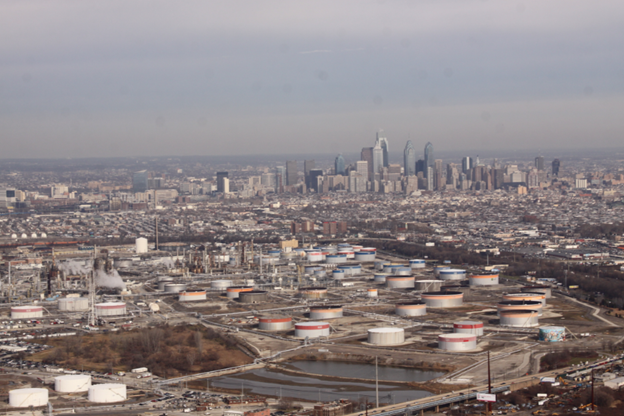 Philadelphia Energy Solutions (PES) announced the closing of their doors a couple of weeks ago, but there was, and still is, a lot of uncertainty for what that means for the future of the union workers and the physical plant itself.  PES recently announced its commitment to extend pay for union workers through August 25th, according to StateImpact Pennsylvania.  U.S. Senator Bob Casey and PES representatives have confirmed that PES will pay its workers through the expiration of their collective-bargaining agreement.  While the unions are holding on to hope that parts of the refinery will remain open or sell to a new operator quickly, it seems increasingly unlikely that will happen.

PES was facing significant challenges well before the explosion took place on June 21st that will make it difficult to find a buyer.  In 2018, PES filed Chapter 11 bankruptcy, blaming the “Renewable Fuel Standard” that requires merchant refiners who do not blend ethanol to buy credits on the open market (Susan Philips, WHYY).  PES was also struggling in part because of the type of crude that they refined; sweet and light.  Regional competitors that can refine heavy, sour crude have a margin opportunity advantage by taking the heaviest parts of the barrel and turning it into high profit fuels such as jet and diesel, according to Tom Kloza from Oil Price Information Service.  PES had less of a competitive edge given the type of equipment the refinery uses, and that will add to the difficulty it is facing while trying to find a buyer.  Any new buyer will also have to take on millions of dollars in environmental cleanup, making the task even more daunting.  PES has a history or dealing with various environmental issues, and this only exacerbates the problems.

While anything can happen over the next few weeks and months, PES will continue to face significant challenges in finding a new buyer to take on the recovery project and keep more than 1,000 workers employed.  All parties involved hope to find a solution as soon as possible, but this will most likely take a while to resolve, if it ever happens.